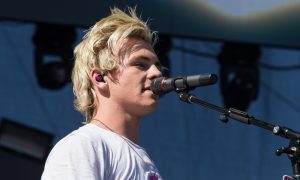 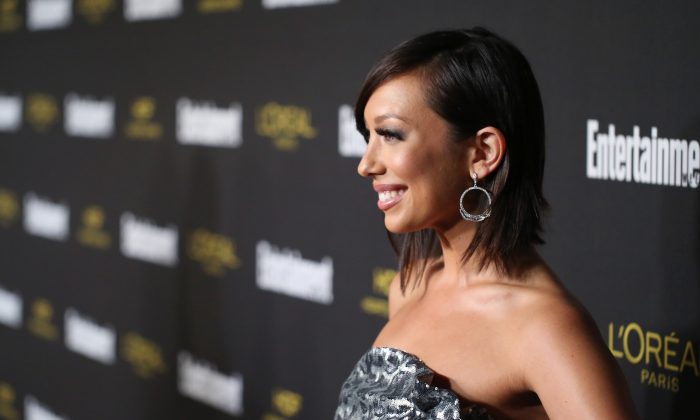 Professional dancer Cheryl Burke has confirmed she’s leaving Dancing With the Stars, but judges Julianne Hough and Len Goodman will be returning along with the other judges.

Burke is the only pro dancer confirmed not to be participating in the next season of DWTS, confirming this week that she won’t seek a contract renewal.

Burke had talked on-and-off about leaving the show, but it wasn’t a sure thing until now. She lasted until week 6 with Antonio Sabato Jr. in the just-finished season 19.

“Cheryl has been on the show for close to 10 years,” the show’s executive producer Rob Wade told TheWrap. “She has done a great service to the show and I think she feels that it’s time for her to move on.”

But Wade noted that the departure–and other possible departures or breaks among the pro dancers–opens up opportunity for others.

“We’ll only survive as a show if we keep innovating and changing. It’s very sad to see cast members leave, but again that gives you the opportunity to grow,” he said.

“So, I’m quite positive about having the opportunity to bring new people in or bring back some of the old faces.”

Derek Hough, Mark Ballas, Val Chmerkovskiy, and Witney Carson are almost certain to return after finishing in the top four unless they choose to take a break or leave. Keo Motsepe will likely get another shot after exiting the first week in his first season with the show, while many of the others performed well including Artem Chigvintsev and Peta Murgatroyd.

As for the judging panel, Wade said that all of them will be back, including newcomer Hough. Goodman, who had to take several weeks off in season 19, will be back for the entirety of season 20, Wade said.

“He’ll be back in the spring and I can see the judging panel staying as it is, particularly since Len got back it’s really gelled. I had a conversation with Len yesterday and he was saying, ‘God, it took me bloody two years to work out judging and Julianne’s got it in two weeks,'” Wade said.

“It’s a difficult job, you have to get a tempo, you don’t have much time to say stuff. It’s very easy to have your words perceived in the wrong way and at the same time you need to gel with the rest of the panel and you need to think about what they’re saying. It’s a tough job. But as a panel, I couldn’t be happier.”

Wade also teased what to expect for the 20th season, which is also the 10th anniversary season, including bringing back some of the favorite themes such as Disney and Latin nights.

“My vision is that it’s going to be a celebration, but we’re still going to be innovating. It’s still going to be fresher than ever. I want to build on what we’ve done this season. I want to build on the performances. I want more fun, more humor. I really want the cast to pop. I really want the show to embraced the madness. I think that’s what we do very well. It’s a competition, and I take that part very seriously, but at the same time all the extra things we’ve done this season — the fun we had with Halloween, the surprise packages, the dancers,” he told TheWrap.

“Those are the things that make the show and make the show where the viewer wants to be. I really think that our viewers like to be in our ballroom and they should. It’s the funnest place to be on television. That’s what really the 10th anniversary is all about.”

And as far as casting rumors, several have already popped up.

One was for Ross Lynch, Hough’s cousin who is the singer of R5 and who is also known as Austin Moon on the Disney show Austin and Ally.

Another came from Danni Allen, the 2013 winner of The Biggest Loser, who seemed to indicate on Twitter that she might get on the show. “Alright, I’m somewhat obsessed with Dancing With the Stars this season! Who do you think will take home that Mirror Ball? Pick me next,” she said. The official DWTS account then retweeted her. Danni says she’s like to be paired with Val.

Thanks to the success of Sadie Robertson, Bethany Mota, and Janel Parrish, similar non-pros will likely be brought in. This could mean another member of the Robertson family, or another similar Christian group; a YouTube or Vine star; and an actress or actor on an ABC or ABC Family show.