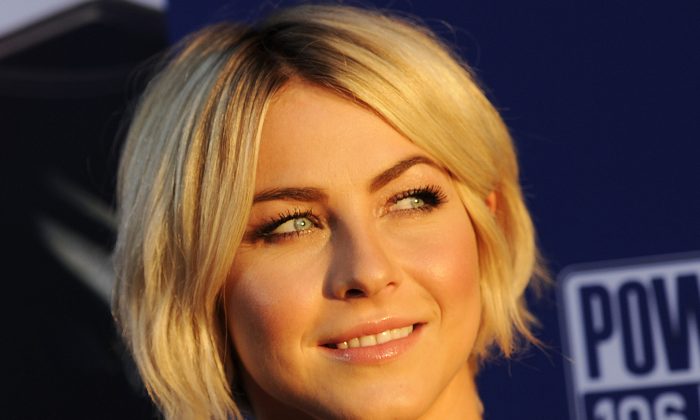 FILE - In this Thursday, Aug. 7, 2014, file photo, actress Julianne Hough looks back for photographers at the premiere of the film "Let's Be Cops," in Los Angeles. "Dancing With the Stars" says two-time champion Hough is returning to the ballroom as a judge this season. She will preside alongside Len Goodman, Carrie Ann Inaba and Bruno Tonioli. The new season launches Sept. 15 on ABC. (Photo by Chris PizzelloInvision/AP, File)
Entertainment

Dancing With the Stars announced that two-time champion Julianne Hough will come back to the show as a judge this season.

She will judge alongside Len Goodman, Carrie Ann Inaba, and Bruno Tonioli.

After serving as the company dancer-choreographer, Hough left the TV show five years ago to focus on acting and music. Her films include “Safe Haven,” ”Paradise,” ”Rock of Ages” and also the 2011 remake of “Footloose.”

“Dancing With the Stars” is hosted by Tom Bergeron and Erin Andrews. Its new season launches Sept. 15 on ABC.

Hough issued a statement about the matter.

“I’m so excited to be back with my Dancing with the Stars family again on a regular basis,” Hough said. “I’ve always aspired to be an all-around entertainer, whether I’m acting, dancing or singing, and I’m thrilled for this opportunity that will allow me to continue all of those pursuits.”

“Derek and I just finished our Move Live on Tour, which reminded me how much I miss the interaction with the dance fans that have been so supportive of me in my career,” she added, referring to her brother. “I am warming up the paddles and the sass, and I’m ready to have fun in this new role.”

Executive producer Rob Wade added: “We are delighted to welcome Julianne back to the DWTS family. Her blend of ballroom dancing experience and unique judging ability make her the ideal choice for the show, and we are very excited to have her, Carrie Ann, Bruno and Len on board.”

There’s also been unsubstantiated rumors that US soccer goalkeeper Tim Howard, as well as Jessie James Decker and Kacy Catanzaro will join the show.