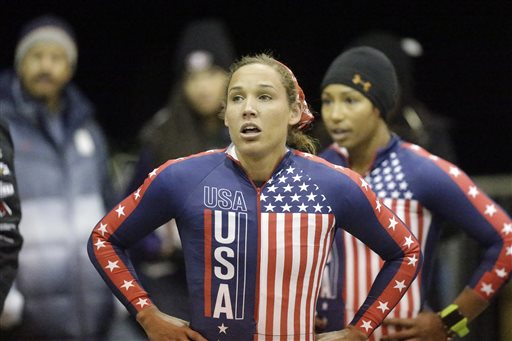 Dancing with the Stars Season 17 has a new cast, according to reports.

“We’ve been around for 10 years, and we still have managed to find areas of stars that we’ve never had before,” executive producer Rob Wade told USA Today. “I missed the smell of fake tan so much, I had to come back,” added Wade.

When a loud crowd still chatted at the Plaza Hotel where Gaga was performing jazz tunes Friday night, she stopped in the middle of her second song because of the noise.

“Will you (expletive) shut up? We’re playing some jazz,” she told the crowd of a few hundred in New York City. “Goddamn rich people.”

The 28-year-old pop star sang songs from her collaborative jazz album with Tony Bennett called “Cheek to Cheek,” to be released Sept. 23. She shut up the crowd at moments when she hit impressive high notes.

Gaga sported short blond hair and a black leather dress she said her sister created for her.

“So, if you all keep it down while I sing my boyfriend a song, I’d appreciate it,” she told the audience at the black-tie event.

The Friday event honored women in fashion, including Linda Evangelista, Shields and Gaga.

“An icon, I believe, is somebody that has a strong message behind their beauty and I think all of the women that are here tonight have that,” Gaga said on the red carpet. “I’m not sure that I have it, but I am pretty happy to be on the list with all these super models, so thank you.”