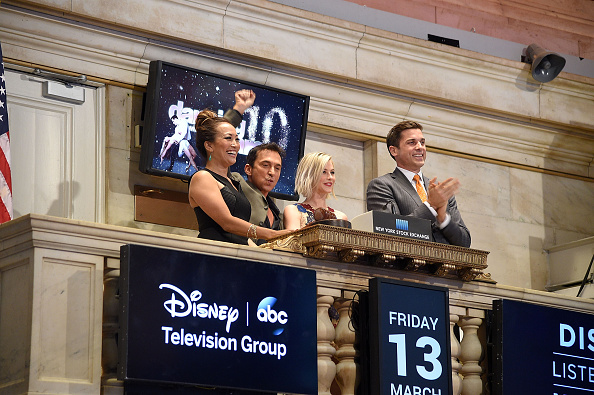 Dancing with the Stars had its 20th season premiere on Monday night.

Here’s a few excerpts on the cast, per ABC’s website:

– Herjavec is the “nice” Shark on the show Shark Tank.

– Galloway is a former veteran and now “travels the country sharing his story, encouraging and motivating others to offer no excuses. Most recently, Galloway appeared on the November cover of Men’s Health Magazine.”

– LaBelle is a longtime singer whose “name has become synonymous with grace, style, and class.”

– Liukin was the “Olympic All-Around Gold Medalist at the 2008 Olympic Games in Beijing” and won five medals.

– Lynch “is an actor / musician / songwriter originally from Littleton, CO. He has been singing and performing since the age of 3 and was originally cast in Hollywood as Jeff Sterling, one of the members of the Warblers.”

– Somers is a longtime actress, most particularly on “Step by Step.”

– McKinney is a “21 year old model and actress” who is “the centerpiece of the highly buzzed about Carl’s Jr. Super Bowl ad, the fast-food chain’s most successful to date with a staggering 2.5 billion media impressions in less than two weeks.”

– Redfoo is “a charismatic character on the airwaves, RedFoo is a formidable entertainment force; performer, producer, actor, host, judge, innovator and fashionista. Bursting onto the world stage as one half of LMFAO.”

– Sam played football for the “University of Missouri” and entered the NFL draft.

– Shields “is most notably recognized for her role as Primrose Everdeen in the The Hunger Games franchise.”

In the first episode, McKinney was partnered with Keo Motsepe, doing the jive to “Shake a Tail Feather” by The Blues Brothers. Redfoo did the Cha Cha with Emma Slater to “Juicy Wiggle” by Redfoo. Robert Herjavec was with Kym Johnson and danced the Cha Cha “Bills” by Lunch Money Lewis. Michael Sam danced with Peta Murgatroyd to the Cha Cha to “Uptown Funk” by Mark Ronson.

There were several other performances.