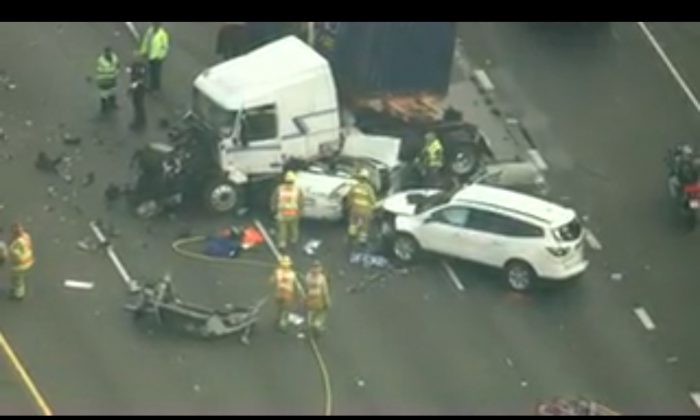 A KTLA screenshot shows the crash in the Dana Point area.
US

A big rig crash that involved several other vehicles shut down several Interstate 5 freeway lanes on Thursday afternoon in Dana Point, Calif., according to police officials.

The crash shutdown all southbound lanes.

KTLA-TV reported that five vehicles were involved in the accident.

Preliminary reports said that a person was trapped and at least seven people were injured.

NBC Los Angeles reported that the big rig crashed through the center divide.

One of the cars was reported to be trapped under the truck.