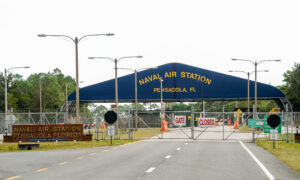 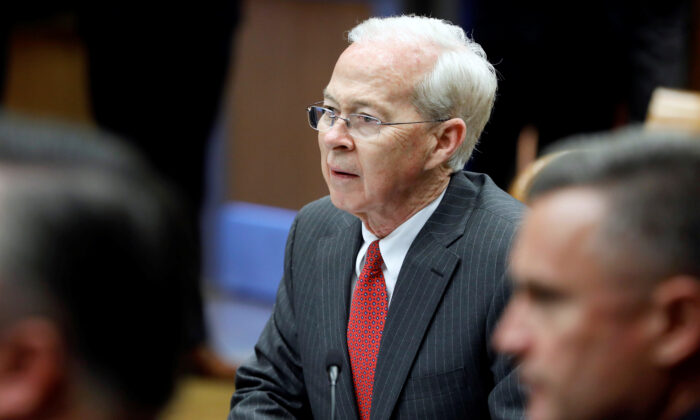 Top FBI lawyer Dana Boente, the only remaining active official who signed the warrants to spy on former Trump campaign aide Carter Page, has announced his resignation from the bureau.

Boente signed one of the warrant’s renewals that have since been determined invalid by the Department of Justice (DOJ) and thus resulted in illegal surveillance.

Boente was tapped by FBI Director Christopher Wray in January 2018 to serve as general counsel. Prior to that, he served as the acting attorney general, acting deputy attorney general, and acting assistant head of the DOJ’s National Security Division (NSD).

He was also the U.S. attorney for the Eastern District of Virginia (EDVA), from September 2013 to Jan. 28, 2018. The district often handles significant terrorism, espionage, and public corruption cases. One of the trials of Trump’s former campaign manager, Paul Manafort, took place in an EDVA court, as did the process with a former business partner of retired Lt. Gen. Michael Flynn, former national security adviser to President Donald Trump.

The affidavit against Wikileaks founder Julian Assange was filed in the district during Boente’s tenure, meaning Assange’s trial will take place in the EDVA if he’s extradited from the United Kingdom, where he is currently imprisoned.

Boente announced his decision to retire from federal service on May 29. The resignation will become effective on June 30.

“Few people have served so well in so many critical, high-level roles at the Department,” Wray said in a statement emailed to The Epoch Times by the bureau.

“Throughout his long and distinguished career as a public servant, Dana has demonstrated a selfless determination to ensure that justice is always served on behalf of our citizens. We should all be grateful for his dedication to the Department of Justice, the FBI, and the American people. As a colleague and a friend, I wish Dana the very best as he begins the next chapter in his life.”

Wray said he’s “committed to ensuring that the next general counsel is experienced, objective, and prepared to lead the men and women who make up this vital part of the FBI’s mission.”

NBC News reported, using unnamed sources, that Wray asked for Boente’s resignation, but the decision came from the DOJ. The FBI declined to confirm or deny the report.

On April 24, The Federalist reported that “Boente led the charge internally against DOJ’s disclosure of the new materials” in a court case against Flynn. The report referred to “an FBI official familiar with the situation.”

An FBI official denied that Boente pushed to withhold exculpatory information from Flynn. There have been disagreements between the government and Flynn about what was and wasn’t considered exculpatory.

The FBI would neither confirm nor deny whether its denial referred specifically to the documents provided to Flynn on April 24. The documents played a major role in the DOJ’s move to dismiss the case on May 7.

Boente’s march through high-level roles started on Jan. 30, 2017, when Trump appointed him as acting attorney general. Prior to that, the post was held by then-Deputy Attorney General Sally Yates, who was supposed to lead the DOJ until the confirmation of Jeff Sessions as attorney general.

Yates was fired by Trump right before Boente’s appointment for refusing to uphold his travel ban from terror-prone countries.

After Sessions was confirmed on Feb. 9, 2017, Boente became the acting deputy AG.

It was in this role that Boente signed on the second renewal of the deeply flawed Page warrant taken under the Foreign Intelligence Surveillance Act (FISA). Then-FBI Director James Comey signed it for the bureau.

Boente remained in the role until the April 25 confirmation of Rod Rosenstein as deputy attorney general.

On April 28, 2017, Boente was appointed as the acting head of the NSD, replacing then-acting Assistant Attorney General Mary McCord, who had abruptly announced her resignation.

The NSD is responsible for counterterrorism, counterintelligence, and cyber-threat work. It oversees spying under FISA—spying both on foreigners and on Americans, with the latter requiring a warrant submitted to the secret FISA court.

A review of a sample of FISA warrants by the DOJ’s Inspector General revealed that all of them were flawed. Some were entirely missing the “Woods file,” which is supposed to document how the information in the warrant is corroborated.

On Oct. 27, 2017, Boente announced that he would be resigning from his post at the EDVA and at the NSD, but said that he would remain in those positions until Trump nominated and confirmed his replacements. Boente officially gave up his U.S. attorney role on Jan. 28, 2018, as he moved to his FBI position.