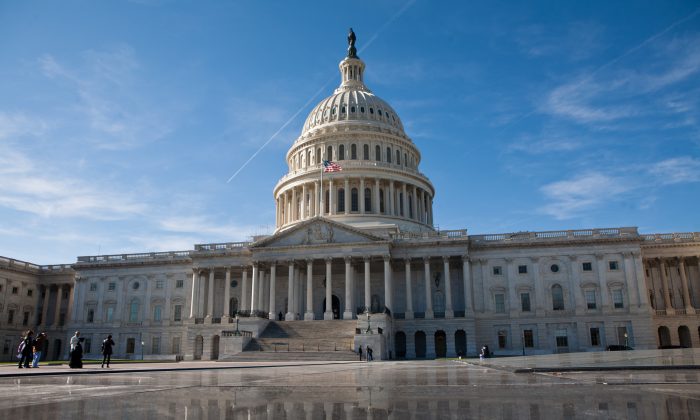 Can our national debt be repaid?
By Valentin Schmid

Epoch Times: Mr. Oliver, your research to understand our current debt problem has recently taken you back to the 18th century and the Scottish philosopher David Hume.

Dan Oliver: One of the interesting things about David Hume is that he viewed the debt position of England in the mid-1700s as being completely precarious. Because they went from 10 million pounds or a number like that to 200 million and he called it an egregious bubble.

In the mid-1700s they already lived through John Law and the South Sea Bubble. They were very aware of what financial bubbles looked like and he said, “This type of thing is a huge bubble,” according to his letter correspondence.

Epoch Times: What happened after?

Mr. Oliver: Then he died and the debt proceeded to quintuple through the end of the Napoleonic Wars. It never collapsed. And then, throughout the 50 years after the Napoleonic Wars, England repaid the debt—in real terms. They even shrank their debt by one-third.

Epoch Times: Why couldn’t he figure it out?

Mr. Oliver: I think one of the things Hume didn’t appreciate was that England had assets against the liabilities. Yes the debt was growing very fast, but what about the asset side?

One of the things getting England through the Napoleonic Wars was a giant Navy, which fostered free trade within the empire and they used London as a center.

So the debt never collapsed because the asset side was very real. He basically got it wrong. He got the effect correct because he had seen it in France with John Law, but he got the situation wrong.

Epoch Times: Could he have been right?

Mr. Oliver: If you take the same analysis and apply it to England in World War I, of course you got it entirely correct. England had to borrow all this money in nominal terms to fight World War I and it couldn’t possibly repay it in real terms so they had to devalue.

In that case the liabilities were clear and there were no assets generated in World War I, so this meant the debt would collapse. So Hume was correct, the debt was written off through inflation. And this happened again from World War II to the sixties.

Epoch Times: What about today?

Mr. Oliver: So here we are today, in a situation like the 1960s, like World War I, like England during the Napoleonic Wars, where we have enormous amounts of debt.

And people are asking themselves, “When is this going to collapse?”

In order to have a correct view you have to ask yourself: Are there assets we don’t see that actually back this liability and make it sustainable like Hume didn’t see the ramp up in the British Navy and free trade?

So if you talk about new technologies like biotech and 3-D printing, there is no question that potential productivity gains could create enough wealth to repay the debt in real terms.