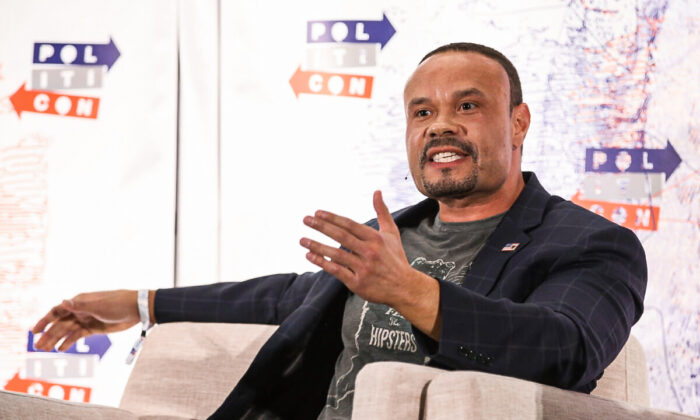 Conservative radio host Dan Bongino announced his daily show will only air replays while he deals with a COVID-19 vaccine mandate with his show’s parent company Cumulus Media.

Bongino shared the news during his Wednesday online podcast.

“They didn’t consult with us content providers. I strongly object to the mandate,” Bongino said.

“The fight with them is having a real impact. Behind the scenes, it’s getting a little ugly here. I wasn’t on the radio today. I don’t know what they did, played the ‘best of’ or whatever. You don’t treat people this way. You don’t let people go because they insist their body is theirs,” he added.

“It is unfortunately an ugly fight. I wish it weren’t,” Bongino said as he reviewed the controversy with Cumulus during his Wednesday episode.

“Some of the people who were fired by Cumulus whose stories are piling in, they are really disturbing. I hear you … I read one of the emails yesterday and I’m going to get to more of them as time goes on.”

Though Bongino is personally fully vaccinated against COVID-19, he opposes the company’s vaccine mandate.

“You can have me or you can have the [vaccine] mandate. But you can’t have both of us,” Bongino said during his nationwide radio program on Oct. 18.

.@dbongino to Cumulus Radio: “You can have me or you can have the [vaccine] mandate. But you can’t have both of us.”

“I’m not letting this go,” Bongino publicly declared in another post.

“I’m not even considering letting it go. I’m announcing it publicly so you know I’m not letting it go,” he added.

.@dbongino publicly calls out Cumulus, who carries his radio show on hundreds of stations, for issuing its own vaccine mandate.

CEO Mary Berner stated in a message to employees that they needed to be fully vaccinated by Sept. 27—two weeks prior to the scheduled return date.

The statement included various exceptions to the mandate. Cumulus Media says its workforce includes approximately 4,000 people and runs more than 400 stations in 80 markets.