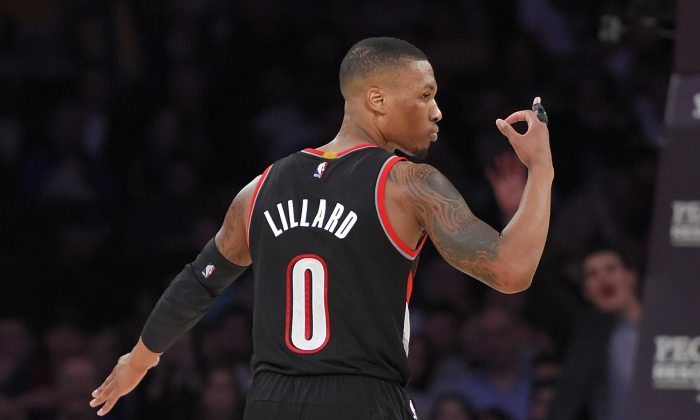 Damian Lillard of the Portland Trail Blazers may be the biggest All-Star snub, ahead of the likes of DeMarcus Cousins and Kyle Korver.

Lillard, one of the top clutch players in the league, is averaging 21.8 points, 6.2 assists, and 4.6 rebounds per game in just his third season.

“I just felt disrespected, because I play the game the right way. I play unselfishly. I play for my team to win games and I produce at a high level,” he added to CSN.

“I am not one of those guys that says ‘I should be in over this guy or that guy’ because I’m not a hater,” said Lillard, who said he received texts from a number of players telling him that he should of made it. “I got respect for each guy that made the roster and I think they deserve to. But at the same time I feel really disrespected. That’s honestly how I feel.”

Lillard had addressed the potential of being snubbed in a recent interview.

“If I do make it, I’ll be excited,” the 24-year-old told Casey Holdahl from Forward Center.

“I’m looking forward to being in another All-Star game. If I don’t, I’m going to be pissed off and you’ll see a re-energized Damian Lillard after the break. I’ll be re-energized anyway, but if I don’t make it, you’ll see it even more.”

Besides impressive statistics and the fact that Lillard has been perhaps the biggest reason Portland (32-14) is third place in the tough Western Conference, Lillard tops the list of players who didn’t make the All-Star team in terms of win shares.

“Lillard ranks sixth in the league in win shares and joins DeAndre Jordan as the only two players ranked in the top 18 to not make the All-Star team. Lillard is at his best late in games, as no player has scored more total points in the fourth quarter than Lillard this season,” noted ESPN.

Portland wasn’t totally left out of the game–Lillard’s teammate LeMarcus Aldridge was selected as a reserve.

There’s still a chance that Lillard is named as the replacement for the injured Kobe Bryant, although Cousins could also snag that spot.