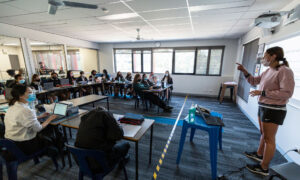 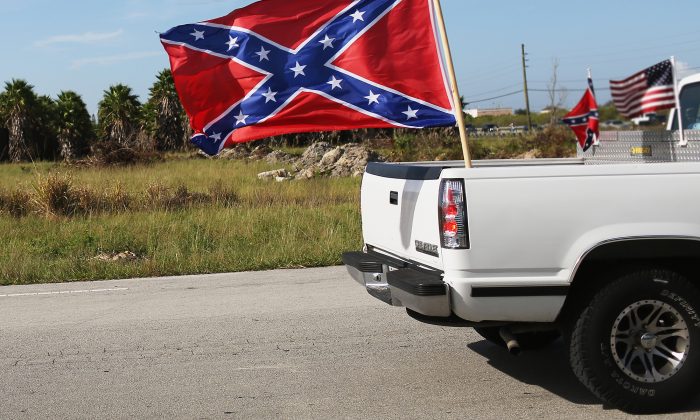 A Confederate flag in a file photograph.(Illustration - Getty Images)
Texas

Three schools in Dallas, Texas, will likely have their names changed later this month because of their connections to the Confederacy.

Dallas Independent School District (DISD) officials are proposing to rename John Ireland Elementary, Sidney Lanier Expressive Arts Vanguard, and John H. Reagan Elementary, in which all namesakes had served the Confederate cause during the Civil War.

Ireland led the Confederate troops before becoming governor of Texas in 1883. Under the DISD proposal, the Ireland Elementary would be renamed after Sylvia Mendez, a civil rights activist whose 1946 court case helped end segregation in California’s schools and pave the way for Brown v. Board of Education, the landmark Supreme Court decision ruled that racial segregation in public schools are unconstitutional.

Reagan was a Confederate postmaster general and served as the Confederate secretary of the Treasury. The DISD proposal would rename Reagan Elementary to Bishop Arts STEAM Academy.

Lanier, a poet and Confederate army volunteer, would be dropped in favor of Jesús Moroles, a sculptor and a National Medal of Arts recipient who grew up attending DISD schools, including Lanier Elementary, according to the district.

The move is part of the district’s November 2020 plan (pdf) to advance “racial, socio-economic, and educational equity” in the aftermath of widespread Black Lives Matter protests.

“We are committed to understanding and valuing history as it affects our institutional viability and vitality,” the district’s equity plan reads. “We recognize that the history of the community we serve includes intentional decisions that have led to racial and economic segregation that produced major inequalities that persist to this day.”

The DISD’s effort to purge the Confederate legacies came as early as 2018, when the names of Stonewall Jackson, William L. Cabell, Albert Sidney Johnston, and Robert E. Lee were removed from schools, causing local backlash at that time.

In a similar move, California’s San Francisco Unified School District (SFUSD) in January approved a decision to start replacing names of schools named after historical figures who “engaged in the subjugation and enslavement of human beings; or who oppressed women, inhibiting societal progress; or whose actions led to genocide; or who otherwise significantly diminished the opportunities of those amongst us to the right to life, liberty, and the pursuit of happiness.”

Following local and national pushback, the SFUSD announced in February that it will halt the renaming process and instead, focus on reopening those schools for in-person learning.