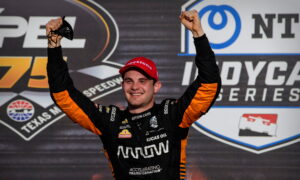 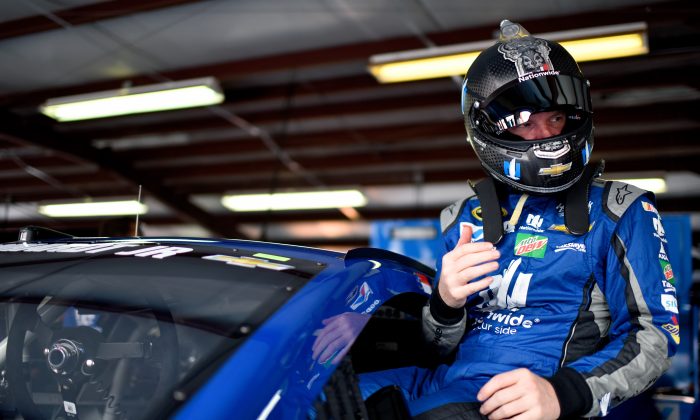 Dale Earnhardt Jr. wasn’t going to let a little case of a steering wheel come off stop him from continuing racing at Sunday’s NASCAR Sprint Cup race at Talladega.

“Well, I wasn’t going to let it hit the wall, so I grabbed the column and steered it with that,” Earnhardt said. He got the wheel back in place and left the GEICO 500 following an unrelated crash.

Yikes! @DaleJr controls the car WITH HIS HAND after his steering wheel comes off. That was awesome. #NASCAR https://t.co/KivxuTmuvG

The six-time winner at Talladega crashed just 50 laps into the race when his car swerved and came back to the right, only to run into teammate Kasey Kahne out of Turn 2.

“I got in a bad area with the wind and the air and it just got loose and spun out,” said Earnhardt, according to a report on Fox Sports. “The same thing that happened at Daytona to us.”

After taking his car to the garage, Earnhardt returned but was behind by more than 30 laps. A second accident at the mid-way point of the race ended his day as Carl Edwards’ car ran right into him.

“Something just let go there,” said Edwards. “You hate to collect anybody, so definitely sorry to the 88 guys for getting their car involved in that. We had something torn up there, drove down into turn one and I just felt the right front fall down and that was it.

“You’re kind of just along for the ride.”