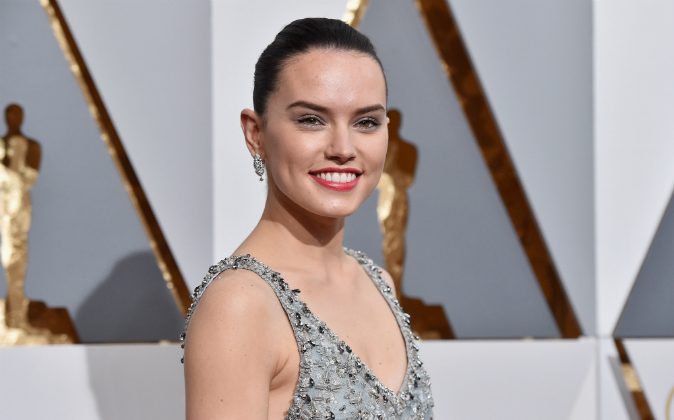 The “Star wars: The Force Awakens” star is having an open dialogue about her personal space as well.

Ridley posted a new Instagram photo on May 22, in which she asked fans to stop taking and sharing photos they’ve secretly taken of her. According to the 23-year-old actress, it’s “not cool.”

“It’s incredibly invasive, please don’t,” she captioned the photo. “In general I would prefer people came to have a conversation than ask for a photo. We don’t have to record EVERYTHING and prove EVERYTHING; conversations are actually GREAT!!! Ditto for any spoilery type photos.”

#dungarees #and #converse #are #life (also why are selfies so hard to take?! Do people who are good at them practice?! Cause like… What?!) P.S. for anyone sharing pictures of me that have been secretly taken without my consent… Not cool. It’s incredibly invasive, please don’t. In general I would prefer people came to have a conversation than ask for a photo. We don’t have to record EVERYTHING and prove EVERYTHING; conversations are actually GREAT!!! Ditto for any spoilery type photos

Ridley isn’t the first celebrity to speak out about fans and their need to snap photos with their favorite stars. Amy Schumer had decided—which she has since rescinded—to no longer take photos with fans after an overzealous fan took her photo without permission.

Billboard Awards: Madonna’s Prince Tribute at Has Everyone Talking—And It’s Not All Good

“This guy in front of his family just ran up next to me scared the [expletive] out of me. Put a camera in my face. I asked him to stop and he said, ‘No, it’s America and we paid for you’ this was in front of his daughter,” Schumer wrote on Instagram.

She added, “I was saying stop and no. Great message to your kid. Yes legally you are allowed to take a picture of me. But I was asking you to stop and saying no. I will not take picture with people anymore and it’s because of this dude in Greenville.”

Justin Bieber is another celebrity who’s decided to forgo any photo-taking with fans, citing he feels like “a zoo animal.”

“If you happen to see me out somewhere know that I’m not gonna take a picture. I’m done taking pictures,” Bieber wrote on Instagram. “It has gotten to the point that people won’t even say hi to me or recognize me as a human. I feel like a zoo animal, and I wanna be able to to keep my sanity.”

Justin Bieber on Fans’ Photo Requests: ‘I Feel Like a Zoo Animal’