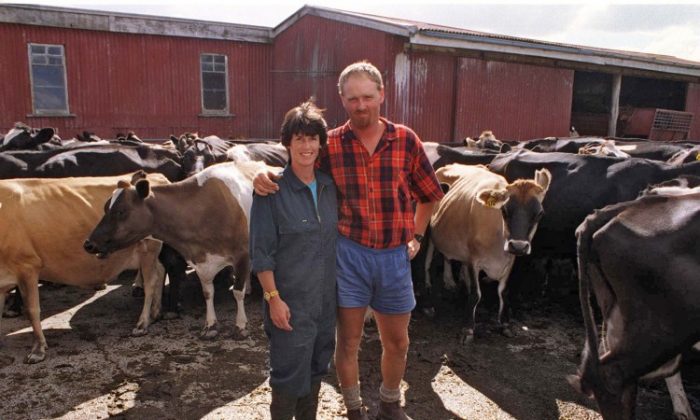 Sharemilkers on Clevedon Farm-Professor Jacqueline Rowarth, Massey University, says that New Zealand farmers are among the most efficient in the world. (Nigel Marple/Getty Images)
US

Jacqueline Rowarth, Professor of Pastoral Agriculture at Massey University, says that New Zealand farmers are among the most efficient in the world. Data systems show that Kiwis are “absolutely cutting edge” with regard to technology that reduces the impact of farming on the environment, she says.

“I think that the poor New Zealand farmer often gets beaten up when actually [he] is doing a fantastic job in comparison with any other country, and the use of new technologies has helped,” says Professor Rowarth.

Some experts echo Rowarth’s views adding that the achievements and dedication of the New Zealand farming community have been routinely undervalued in an industry that continues to play an important role in New Zealand’s economy and way of life.

The public focus on agriculture’s perceived detrimental impact on the environment has deterred some people from becoming involved in farming, thinking that they wouldn’t be viewed in a good light if they did so, believes Rowarth.

But the shortage of farm workers also reflects the lack of government initiatives.

“New Zealand produces only 100 agricultural graduates a year in the whole country… it’s hopeless,” she says. A “pathetic” number out of 20,000 students.

Rowarth also attributes shortages to the indulgent style of parenting by baby boomer moms and dads that failed to instil in the new generation a desire to take on challenges and make a difference, a role agriculture could fulfil.

Anneke Bootsma and her husband run a 200 hectare farm with 500 cows in Tapanui, West Otago. She says finding staff that are passionate about dairying and producing high quality milk in an environmentally sound way is her biggest headache.

Without workers from overseas, the work would just not get done, says Anneke, who employs two Filipinos. She has had very little interest from ads placed in New Zealand.

Outsiders do not realise how demanding farm work is, says Anneke, who recounts that NZ Immigration has now told them that they have to concentrate on finding workers nationally.

“So you don’t want people there that use drugs, that drink, that don’t sleep enough, that have all sorts of problems because in the end, if there are accidents,” she says, the farmer is accountable.

She continued. “And a lot of people that have applied here, and that are on benefits, just don’t tick the boxes, and we can’t take the risk.”

Continued on next page … Concern for the Environment