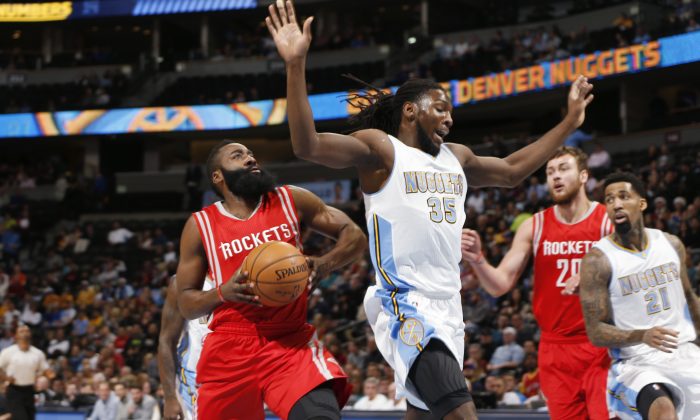 Now where do we start with this one, as both teams went bozonkers.

For the Spurs, oft-rested old-man Tim Duncan played 48 minutes, where had he a vintage line of 23 points, 16 rebounds, 5 assists, 2 steals and 3 blocks, though along pretty bad percentages — 9/22 shooting and 5/15 from the line.

Marco Belinelli had 15 points and 3 three-pointers.

Mike Conley had a near triple-double 14 points, 8 rebounds, and 10 assists, though on a poor 5/19 shooting clip. Vince Carter chipped in 18 points, 3 steals, and 5 threes; Courtney Lee chipped in 14 points and 2 threes.

All in all, with basically an extra quarter of play in three overtimes, this game was a fantasy explosion.

Too much happened in this game to go into too much detail, but you can see all the jaw-dropping highlights here.

What happened? I thought the Cavs had it all figured out.

The Cavs’ big three were very underwhelming last night. Lebron James had 21 points, three rebounds, and 2 assists; Kevin Love had a 13-10-6 line on 4/10 shooting; Kyrie Irving only scored 9 points, and besides that really didn’t do much else besides 6 assists.

Former Butler star Sheldon Mack blew up in a game where Jeff Teague and Dennis Shroder were nursing injuries. He had 24 points and was 6/6 from three-point range.

Harden-Howard continues to be the most imposing inside-out combo in basketball.

Donatas Motiejunas continued his solid play with 18 points, 6 rebounds, 3 three pointers, and a steal and a block.

Ty Lawson continued his incredible assist surge with 16. He hasn’t had under 9 assists in a game since November 14th. He gets a good numbers of steals as well, and should hold even better value once his shooting comes around.

Wilson Chandler also continued his big lines of late with 23 points, 6 rebounds, a steal and a block, and 5 three-pointers.

Aaron Affalo hit the game-tying three-pointer and had 22 points on the night.

In other news, a pair of supernovas at the center position blew up.

Unfortunately, this was arguably overshadowed by Andre Drummond’s 19 points, 24 rebounds, 4 steals, and 3 blocks.

People say the center position is dead in the NBA, and there has certainly been a decline in regards to post play, but man this new strain of athletic centers can put up stat lines.

DWade is Not Washed Up

The Miami Heat may have lost by 18, but Dwyane Wade showed last night that he has still has gas in the tank with a 42 point explosion on 12/19 from the field and 16/21 from the line.

Granted Chris Bosh was out and Heat lost, but what can we say. Good for him.