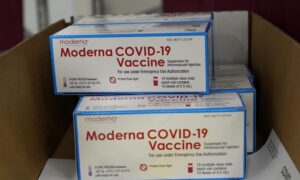 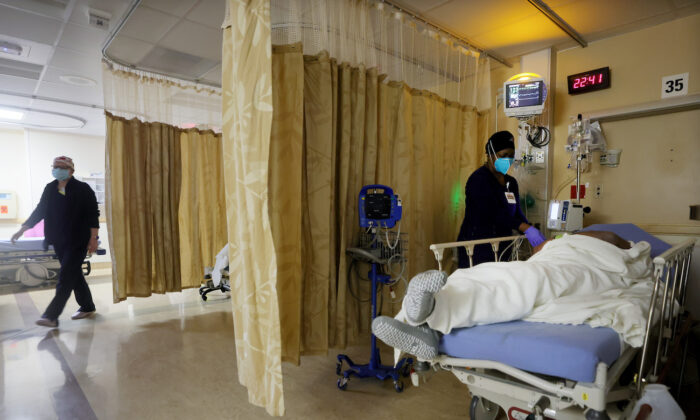 Daily CCP Virus Deaths Surge to Over 4,000 in US as Case Count Declines

The daily count of CCP virus cases has been declining gradually in the United States, but deaths linked to the virus reached a high in recent days, with the Biden administration projecting thousands more deaths in the coming weeks.

New deaths nationwide were at about 4,087 on Tuesday—among the several highest one-day death tolls since the start of the pandemic, according to data from Johns Hopkins University. Only three other days have seen more cases of the CCP (Chinese Communist Party) virus than Tuesday.

New CCP virus cases were about 146,640 nationwide on Tuesday, which is a decline of a few thousand from the previous day.

The United States reported a total of more than 25.59 million cases and 429,195 deaths by day’s end on Wednesday, since the first case of the CCP virus was reported in the country on Jan. 22, 2020.

The Biden administration at its new health briefings on Wednesday said it is projecting about 90,000 more deaths in the next four weeks.

“I know this is not news we all want to hear, but this is something we must say so we are all aware,” said Dr. Rochelle Walensky, the new director of the Centers for Disease Control and Prevention (CDC). “If we are united in action we can turn things around.”

Concerns remain that new variants of the virus from such places as Brazil and the United Kingdom might further spread infection.

President Joe Biden on Tuesday said that there should be enough vaccines for the 300 million Americans by the end of the summer. He warned, however, “It’s going to take months for us to turn things around.”

California Gov. Gavin Newsom on Monday lifted a stay-at-home order for much of the state, allowing certain businesses such as hair salons to reopen with modifications, and restaurants to reopen for outdoor dining. But some restrictions such as a ban on indoor worship services remain.

New York Gov. Andrew Cuomo announced that “the holiday surge is over” and lifted certain business restrictions across the state, adding that New York City restaurants would be on the path to reopen soon.