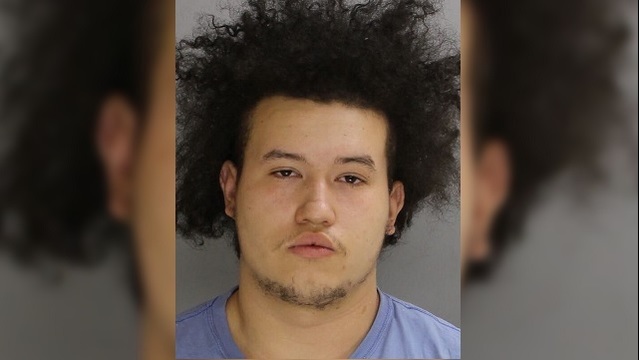 A Pennsylvania man faces a murder charge after police say he shook, threw, and dropped his infant daughter, apparently after flying into a rage while playing a video game.

Zion Isaiah Shockley, 18, of Coatesville, has been charged with first-degree murder and other related offenses, ABC7 reported, citing statements made on Thursday, Feb. 22, by Chester County District Attorney Tom Hogan and the Coatesville Police Department.

“An infant cannot defend herself. A baby cannot run away or call for help,” District Attorney Thomas Hogan said in a statement. “A baby is the most innocent and vulnerable victim possible.”

According to an NBC10 report, Shockley told police that he became violent with his 5-month-old daughter in frustration after being called a “failure” at playing one of the video games in the “Call of Duty” series by a fellow player.

It is reported that prosecutors said that on Feb. 10, Coatesville police officers responded to a call about an infant in cardiac arrest. Paramedics took the child to the hospital in critical condition. She ended up at the A.I. DuPont Hospital for Children, where she died two days later.

According to ABC7, Rosalie Faith Crothers-Shockley’s injuries included bleeding from the brain and eyes, damage that is said to be consistent with abusive head trauma.

Citing a statement made by authorities, the ABC7 report indicates the child’s injuries may have been caused by the suspect’s dropping and violently shaking the baby immediately before her death, but also points to the discovery of older, chronic brain injuries sustained by the child, which would be consistent with previous repeated abuse.

It is alleged in a complaint cited by ABC7 that shortly after Christmas, Shockley became enraged while playing a video game. He reportedly picked up the baby and shook her for approximately five minutes, and threw the baby in the air several times, failing to catch his infant daughter as she struck a mattress face down.

Shockley reportedly told the authorities that he again shook his baby for another minute. When he returned from downstairs after getting some water, he discovered she wasn’t breathing, according to the statement.

Shockley has been remanded at Chester County Prison and is being held without bail.