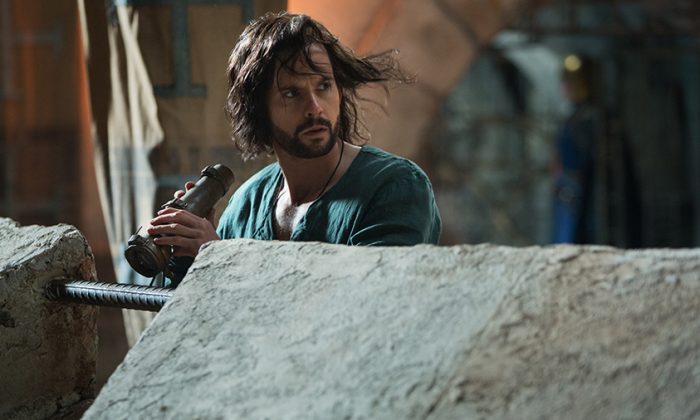 The Starz original series, “Da Vinvi’s Demons” will air the season 2 finale on the network on Saturday, May 31, 2014.

Episode 10, “The Sins of Daedalus” will present an unlikely union that must form to save Italy from an Ottoman attack. Girolamo Riario (Blake Ritson) is threatened, and Nico (Eros Vlahos) will take Vanessa’s (Hera Hilmar) destiny into his own hands.

“Da Vinci’s Demons” was recently renewed for the third season and has won two Primetime Emmy awards since in premiered in April 12, 2013. The show was renewed for a third season which will premiere in 2015.

The historical fantasy drama presents a fictional account of Leonardo da Vinci’s (Tom Riley) early life and is developed in collaboration with BBC worldwide, which is distributed by Starz in the U.S.

The network will do a #DaVinciThon with all nine of the season’s episodes start at 12 p.m. EST and end with the finale at 9 p.m. There will also be a live twitter chat after the finale with lead actor Tom Riley, and fans are encouraged to join in using the hashtag #AskDaVinci.