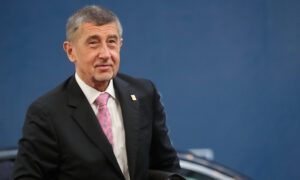 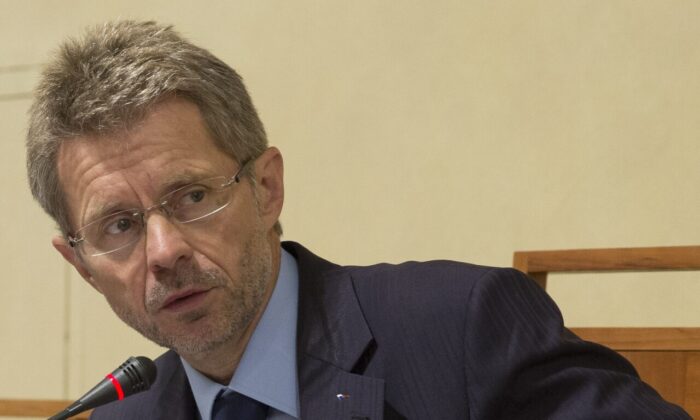 The Speaker of the Czech Senate, Milos Vystrcil, officially announced his plans to travel to Taiwan with a trade mission at the end of August, despite strong opposition from Chinese communist officials and some Czech leaders.

In his speech at a press briefing on June 9, Vystrcil said that he resolved to visit Taiwan for two reasons.

That first one is that “it is right in terms of our economic development, … the development in education, science, culture, in terms of how democratic countries should treat each other and [in terms] what the Czech Senate and the Speaker of the Czech Senate should do, to communicate and work with those who are willing to be our true partners,” Vystrcil said.

The second reason is related to Czechia’s domestic affairs, Vystrcil explained. The conflict between fundamental values and principles on which the country stands, the conflict “that we had won in 1989 [now] returned to the Czech Republic,” re-emerged during the debate about his trip to Taiwan. Among the values won are “sovereignty, independence, rule of law, freedom, [and] democracy” versus “what I call ‘counting coins,’” Vystrcil said.

In 1989, about a week after the Fall of the Berlin Wall, a peaceful student march in former Czechoslovakia, a Soviet bloc country that had remained under communist domination for over 41 years, turned into an anti-communist rally and gave rise to the “Velvet Revolution.”

After almost two weeks of demonstrations, the Czech communist party relinquished power. In June, free elections were held for the first time in what would later become the Czech Republic.

The Chinese regime strongly opposed the Senate Speaker’s visit as Beijing considers Taiwan a province of China with no right to state-to-state relations.

“Such action is significant interference into China’s sovereignty and territorial integrity of the state,” China’s embassy in Prague said in an email to Reuters.

“It significantly breaches basic norms of international relations and bilateral political commitments and it undermines the political basis for future cooperation between China and the Czech Republic,” the embassy added.

Vystrcil, a member of the center-right opposition, Civic Democratic Party (ODS), said on June 9 that he was motivated by business development and the country’s tradition of human rights policies.

Vistrcil will be the highest-level politician to have ever visited Taiwan, according to Taiwan News.

Taiwan’s Legislative Speaker You Si-kun welcomed Vistrcil’s decision to visit the country and said of Vistrcil’s on his Facebook, “I deeply admire such courage,” reported Taiwan News.

Taiwan’s Ministry of Foreign Affairs said in a statement that the visit by the Czech parliamentarian and business delegation will contribute to cooperation between both countries in economic, technological, medical, touristic, and cultural areas.

Trip to Taiwan not Welcomed by Czech Top Leaders, Supported by Opposition

Czech President Milos Zeman has not approved the Senate Speaker’s visit to Taiwan, and the Speaker of the lower chamber of the parliament, the Czech Prime Minister, and Czech Foreign Minister have not approved it either, said Zeman’s spokesman in a tweet.

Zeman, a proponent of stronger economic ties between the Czechia and China, has for years tried to build relations with Beijing.

Trade statistics as of April 1, 2019, show that Taiwan invests fourteen times more in the Czech Republic than China does.

The Czech Republic adheres to the Chinese regime’s policy, which regards Taiwan as a part of China’s territory, but unofficial ties with Taiwan exist, mainly in business and science.

Peter Fiala, the leader of the Civic Democratic Party (ODS), said that “the Czech Republic was a free and sovereign state that would not take orders as to who could travel where,” reported Radio Prague International.

Marek Vyborny, Member of the lower house of Czech parliament (MP) and a member of the Christian democratic party, said Vystrcil’s decision to visit Taiwan “showed the Czech Republic would not be blackmailed,” according to Radio Prague.

“We think that Taiwan is a strategic partner for the Czech Republic.” Taiwan’s investments in Czechia are far greater than what China has made so it is good to maintain a good relationship with Taiwan, said Czech MP Mikulas Ferjencík from Czech Pirate Party, according to iRozhlas.

“Taiwan in not only our important business partner but also an ally which selflessly helped [us] in the COVID-19 crisis so we should build a very warm relationship with it,” said Marketa Pekarova Adamova, First Vice-Chairwoman of TOP 09 party, according to iRozhlas.

Vystrcil’s visit to Taiwan has been approved by the Czech Senate in a resolution passed on May 20.

He was elected to the position of Senate Speaker in February after the sudden death of the former speaker, Jaroslav Kubera, about a month prior.

Kubera had also made plans to visit Taiwan, but suddenly died days before his visit. After his death, a letter from the Chinese Embassy in Prague was discovered in his suitcase. The letter warned that if Kubera followed through with plans to visit the autonomous island of Taiwan, Czech companies with operations in China would “pay.”

The letter threatened that Czech companies operating in mainland China, such as Volkswagen subsidiary Skoda Auto and lender Home Credit Group, as well as others, would suffer if Kubera visited Taiwan.

Kubera last year said when announcing his visit to Taiwan that his intention was not “anti-China” but pro-business. He noted that Taiwan, also known as the Republic of China, is the Czechia’s third-largest trading partner in Asia.

Milan Kajinek and Reuters contributed to this report.