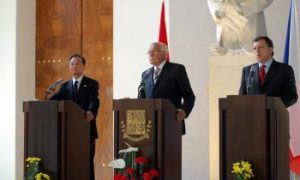 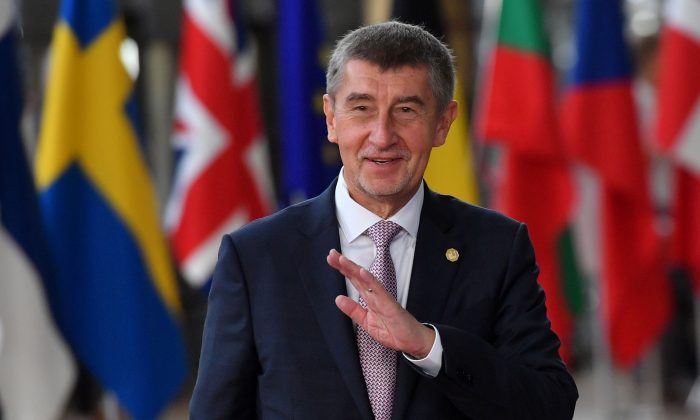 The Government Office serves as the central administration of the Czech Republic.

The ban came a day after the Dec. 17 report published by the National Office for Cybernetics and Information Security (Národní úřad pro kybernetickou a informační bezpečnost, NUKIB). The report warned against the use of devices and programs created by Huawei and ZTE, another major Chinese telecommunications company.

Following the ban, Huawei protested against the accusations that using its products posed a security risk. On Dec. 23, the Chinese Ambassador in Prague, Zhang Jianmin, requested an urgent meeting with Babiš.

In a statement published by Czech daily I-dnes, Huawei said that “We categorically reject any claim that our company poses a risk to national security. We ask NUKIB to provide evidence, instead of spoiling Huawei’s reputation without reason,” stated Huawei spokeswoman Magda Teresa Partyka, PR manager at Huawei Technologies in Prague. “Cyber security is, and has always been, our top priority, and we have enough demonstrable experience in the Czech Republic and around the world which confirms that our products and solutions are safe.”

According to Dušan Navrátil, Director of the NUKIB, his agency’s mission was to “act without delay” if it found any threats to the Czech information infrastructure. The warning about Huawei, he said, was mainly directed at infrastructure managers who should analyze the technologies they use.

Interior Minister Jan Hamacek said that the NUKIB procedure is in line with the law, and confirmed that that the technology of both Huawei and ZTE were being used by the Ministry of the Interior. Hamacek specified that there are about 50 systems within the critical infrastructure of the state. “There will first be a security analysis done,” he told Novinky.cz January 4th 2019.

The same day, Defense Minister Lubomir Metnar commissioned an analysis of the technology used in his Ministry. “It depends on how the evaluation turns out, but in this respect I can say for myself that I will take steps not to use these devices,” Metnar said. Similar steps, according to Metnar, are also being prepared by other ministries, according to I-dnes.

Possible security threats were addressed in more detail by the Czech government in a January meeting. “The government takes NUKIB warnings seriously and reacts to them in a responsible manner. It has requested additional information from the NUKIB to be submitted to the government on January 7,” Babiš told the media on Dec. 27. He said that because of the brief length of the NUKIB report, at only three pages, the government needed to verify more technical details.

The meeting, held Jan. 7, required all managers of critical infrastructure to carry out analysis of the software and hardware risks posed by using Huawei and ZTE products.

Huawei has been operating in the Czech Republic for about 15 years since 2004 and has become a key partner of local provider Telefónica, T-Mobile, and Vodafone in the areas of mobile infrastructure, broadband optical and access networks, intelligent networks of the next generation, and professional services including outsourcing network operations.

No mistake was made by the Czech government, nor by the Czech state. We are an independent sovereign state, so what the [Chinese] ambassador published from that meeting was very unusual.
— Andrej Babiš, Czech Prime Minister
”

On Dec. 24, the Chinese Embassy in Prague issued a statement saying that NUKIB made a mistake in its warning against Huawei and ZTE Chinese products. “Ambassador Zhang said that the warning issued by the relevant Czech authority, which was not based on facts, had a negative impact, and the Chinese side issues strong protest against it.”

After his meeting with Babiš, ambassador Zhang Jianmin claimed that the prime minister told him that “the warning issued [by NUKIB] did not represent the government’s opinion.”

Babiš has denied the ambassador’s statements and described Zhang’s statement and behavior as unusual.

“The Chinese ambassador commented in an unusual manner and publicly on the meeting he urgently requested, and where he expressed the position of the Chinese side in a very untraditional way,” Babiš wrote to Czech Radio.

After the Zhang-Babiš meeting, the Chinese Embassy wrote on its Facebook page and official website that the NUKIB warning was not based on facts. It said that “the Chinese side notes the efforts of the Czech government to correct the mistakes and hopes that the Czech side will take effective measures to prevent the repetition of similar events.”

On Sunday, Jan. 6, Babiš reiterated his previous position: “No mistake was made by the Czech government, nor by the Czech state. We are an independent sovereign state, so what the [Chinese] ambassador published from that meeting was very unusual,” the prime minister told Czech Television.

Concerns about Chinese tech in the Czech cybersecurity community have existed for some time, as experts hold meetings with political leaders to inform them of the risks.

In April 2017, security expert who requested anonymity said in an interview with Neovlivni.cz that “We have been dealing with a risk that has been going on for so long, it is a totally underestimated problem and it is called Huawei. It is a Chinese company that is directly subject to the Chinese government, and is also directly connected to military intelligence. The risk lies in the fact that Huawei has set up a pricing policy [of deliberately lowered prices to break into the local market] in the Czech Republic to reach all mobile operators. Which it has done. So today we are in a situation where mobile networks are completely managed by Huawei devices.”

Update: The article has been updated to use “NUKIB” as the only acronym for the Czech National Office for Cybernetics and Information Security.