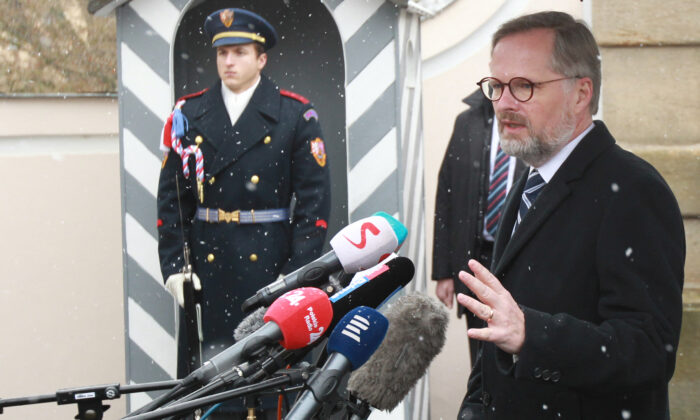 Czech President to Swear in New Government on Friday

PRAGUE—The president of the Czech Republic is set to swear in the country’s new government on Friday.

The prime minister-designate Petr Fiala announced President Milos Zeman’s decision to appoint his 18-member Cabinet after visiting the head of state at the presidential chateaux in Lany, west of Prague, on Monday.

Two coalitions that collected a majority of support in the Oct 8-9 vote have signed a power-sharing deal to rule together led by Fiala as the premier, and he was sworn in on Nov 28.

A three-party, liberal-conservative coalition known as Together, composed of the Civic Democratic Party, the Christian Democrats, and the TOP 09 party, led the election with a 27.8% share of the vote. Together teamed up with a center-left liberal coalition made up of the Pirate Party and STAN—a group of mayors and independent candidates—which came in third place with 15.6 percent of votes.

The five parties in the future governing coalition are closer to the European Union than the euroskeptic Babis.