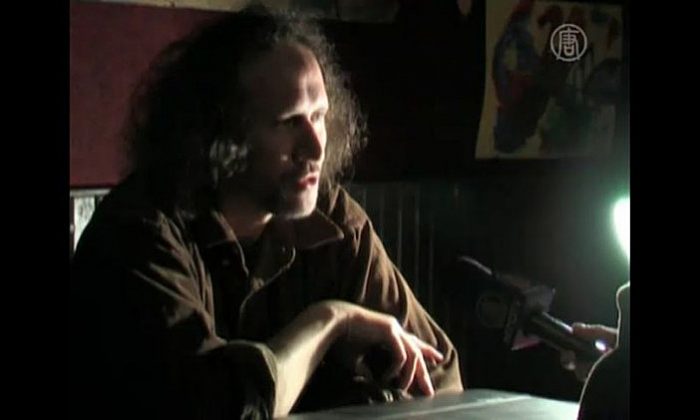 Cover of the Petr Placak's book Fizl (a pejorative Czech word meaning "secret policeman", or "policeman" in general). In the book, author describes the Communist regime in Czechoslovakia, keeping its power by large-scale monitoring of citizens using the police and secret agents. (Courtesy of publisher)
Europe

In June 1989, just five months before the communist regime was overthrown in what was then Czechoslovakia, Placak attended an environmental protest in the capital, Prague, where three secret agents violently dragged him off and forced him into their car.

They then drove him into the forest, where he was pulled from car and beaten.

“They beat me with their fists in my stomach and chest. When I fell to the ground, they kicked my head with full force several times and then continued to punch me,” recalls Placak, who also described the whole incident in his seminal book called Fizl.

When the agents were done beating him, they stole his bag with his ID and money, and left him on the forest road.

More than 20 years then passed.

On May 15, the three perpetrators were convicted by the Prague district court for misuse of power over the incident.

Former secret agents Antonin Prchal, 62, and Ladislav Irovsky, 55, were sentenced to 18 months and 12 months respectively. Their driver, Petr Vrbicky, 47, was given a suspended sentence of two years and placed on three-year probation. The fourth agent involved in the incident is no longer alive.

“Of course, I welcome the verdict and I am pleased since there haven’t many sentences since November ’89 [when the communist regime was toppled]. This is one of the few cases that has been brought to conclusion,” Placak said in a phone interview after the verdict.

This case, which was launched in 2007, was the dissident’s third attempt to bring his assailants to justice. An initial criminal complaint, filed right after the incident, was simply ignored by the Communist regime.

A few months later, after the peaceful Velvet Revolution in November 1989, Placak filed his second criminal complaint. It was investigated by military prosecutors, but came to nothing. As he later learned, communist-era military secret agents still held a lot of power and they simply swept his case under the carpet.

His third attempt, he filed with the Office for the Documentation and the Investigation of the Crimes of Communism, a subdivision of the Czech police. Five years after that case opened in 2007, and 23 years after the incident, he finally saw justice.

Placak was born in 1964, the son of anti-communist activist Bedrich Placak. Petr Placak, from an early age, was active in the underground movement hoping to see a day when his country would be free from communism.

“What we wanted: above all to live as we liked, to do our own stuff, to have our own world, independent of the regime. And naturally, when the regime was bothering us, we were then doing the same. It was mutual,” he was quoted as saying by Post Bellum (Latin for “after the war”), a Czech organization set up in 2001, by journalists and historians to record testimonies of those who suffered under four decades of communist rule.

Although Placak says he feels personal satisfaction with the court verdict, there is the bigger picture. “On the issue of settling up with our communist past, we still have a lot of debts,” he said, hinting at the countless crimes the communists regime perpetrated against ordinary citizens that have never been punished.