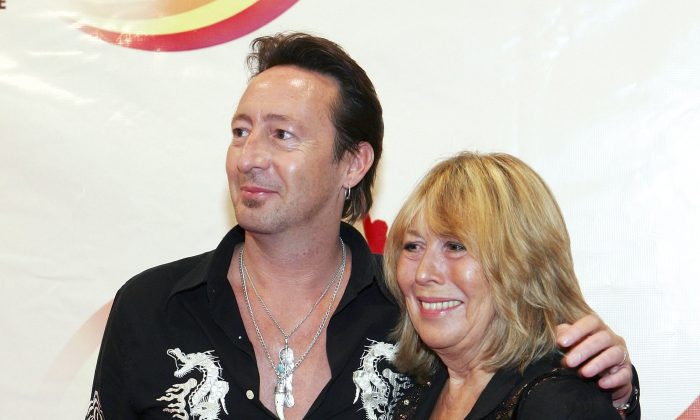 Cynthia Lennon, the first wife of Beatles singer John Lennon, died at the age of 75, according to Wednesday news reports.

A representative for Julian Lennon, the couple’s only son, confirmed with Fox News that she died.

Cynthia Lennon died with son Julian at her side after “short but brave battle with cancer” http://t.co/SmxeSuL18u pic.twitter.com/ZhC3IGB7RK

Later, John married Yoko Ono and she was his wife until he was shot and killed in 1980.

Julian Lennon posted a moving video tribute to his late mother with a song he had written in her honor.

“The love you left behind will carry on,” Julian sings in a style influenced by his late father.

It concludes with the words: “I know you’re safe above.”

A statement from Juilian’s representative said Cynthia died at her home in Mallorca “following a short but brave battle with cancer.” It said Julian was at his mother’s bedside throughout.

Cynthia and John Lennon met at art school in Liverpool and married shortly before the Beatles shot to fame. Julian was their only child together.

The divorce prompted Paul McCartney to pen the Beatles’ classic “Hey Jude” to help Julian cope with his parents’ separation. He changed the name Julian to Jude in the song.