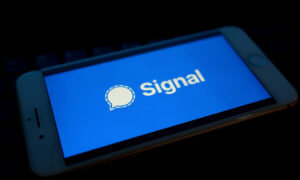 In 2015, cyborgs — humans with machine enhancements—are a recognizable reality.

Scientists at Johns Hopkins have already fashioned robotic arms that can perform basic motions such as taking a sip of water — motions controlled by human nerves, not following a programmed sequence — and robotic legs are already in the works.

Bionics are still in a primitive stage, where the technology could never be mistaken for natural limbs, but for amputees who had previously relied on immobile prosthetics, robotic limbs are a miracle.

For another group of people who have lost access to their limbs, bionics was a less hopeful enterprise. For many stroke patients, not only is their spinal cord damaged, but parts of the brain, including the motor cortex — the part of the brain associated with voluntary movement — is already dead.

It was long thought that the capacity for voluntary movement probably died with it, so that even if one day the technology existed to allow the brain to directly command machine limbs, it would require a healthy brain, which would be useless for stroke patients.

But a recent experiment on rats suffering from induced strokes has suggested that bionics may have something to offer to stroke patients after all.

Researchers at the University of California, San Francisco (UCSF) placed eight lab rats under a stereotactic frame, drilled holes above the upper motor cortex, and a laser was shined there to induce a stroke in that area, effectively immobilizing them.

The rats then had electrodes implanted in the areas of the brain near the dead tissue—the technical term is “brain-computer interface” —and were trained to fire their neurons to manipulate the movement of a feeding tube for a water reward. The stroke rats eventually achieved an accuracy rate of 75 percent in their manipulation of the feeding tube, a similar rate to studies of rats that had not suffered any brain damage.

The findings were published in the June edition of The Journal of Neuroscience, concluding that the brain surrounding damaged neural tissue was still a good candidate for neuroprosthetic control.

This suggests that the brain is more flexible in its ability to send commands related to motor functions than previously thought. Moreover, the researchers found that the ability of the rat to manipulate the feeding tube did not diminish when the electrodes were located at a greater distance from the motor cortex.

“The electrodes that are a distance away also work pretty well,” said Raymond Swanson, a professor at UCSF and one of the co-authors of the study. “The parts of the brain that are not normally involved in motor functions seem to be able to be trainable [to perform those functions].”

Of course, just because the rat brain is adaptable doesn’t necessarily mean that the human brain is similarly flexible; primate brains are larger and more complex, but this experiment is a start.

The stroke study follows a string of recent experiments that further stretches the limits of biological recovery: last month, scientists successfully reversed retrograde amnesia in mice, and were able to regrow semi-functioning limbs for rats.