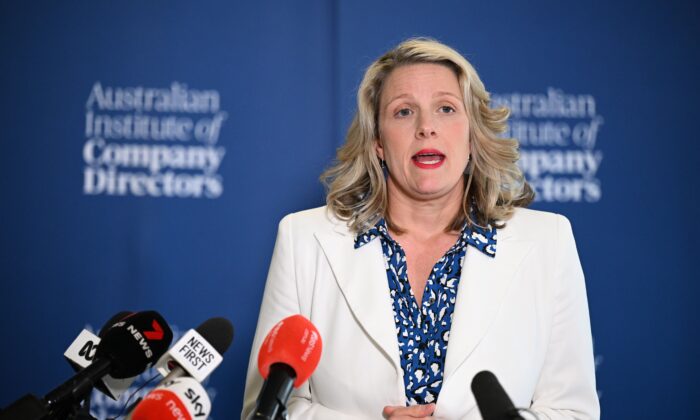 Australia is facing “the most dangerous set of strategic circumstances” since the Second World War, according to the Home Affairs Minister.

She said “new tools of statecraft” are bringing “what otherwise might be global security issues” into Australians’ everyday lives.

“It’s felt in our economy, where we are waking from a cyber slumber,” she said.

“It’s felt in our private lives, where our identities are vulnerable, and personal information is at risk. It’s felt in business and research, where Australia’s hard-won innovations are at constant risk of theft.

“And it’s felt in our democracy, where foreign actors are trying to influence decisions in our parliaments and universities, and subjecting Australians to online misinformation and disinformation campaigns which spread like viruses around our communities.”

The comment comes after Australia experienced two major cyber attacks against telecommunication company Optus and the country’s largest health insurer Medibank, within three weeks of each other.

After Russian hackers published the entirety of Medibank’s sensitive data of nearly 10 million customers on the dark web, the health insurer was forced to go offline to complete an overhaul of its cyber security system on this Friday until Sunday.

“This threat is huge, it is relentless, and it is only getting bigger,” O’Neil said.

“Cybersecurity is suddenly a hot topic in the boardroom and at the kitchen table.”

“The truth is, we are unnecessarily vulnerable. We did not do the work nationally over the last decade to help us prepare for this challenge.”

She added that the Albanese government would form a collaboration between the Australian Federal Police and the Australian Signals Directorate, a 100-person team focusing on hunting down hackers and hacking back. It has also legislated heavy penalties regime under Privacy law, although critics have argued that it would impose more red tape on businesses.

During her speech, O’Neil also noted that “for the first time, espionage and foreign interference have replaced terrorism as the most significant domestic security issue we face.” However, she avoided directly mentioning Beijing or Kremlin.

“Espionage and foreign interference threaten the things that we value most about our country: our social cohesion, our trusted democracy, freedom of thought in our academic sector. This is a fight that really matters.”

“We need an ambition and scale of response that matches the size of the problem. We’ve got to strip the politics out of the conversation. This problem is not limited to the actions of one or two countries.”

“ASIO Director General Burgess has said repeatedly: our best asset in this fight are the Australian people. And within that, our loved, loyal diaspora communities. My experience dealing with this problem is that most people who might be targets of foreign interference or be in its orbit—politicians, academics, community leaders—desperately want to fight back.”

According to a new book ‘Spies and Lies” by ASPI’s researcher Alex Joske, former Australian Labor Prime Minister Bob Hawke was among the ranks of those masterfully deceived by the Chinese government.

Hawke was distraught in the aftermath of the Tiananmen Square Massacre in 1989 and famously responded by granting 42,000 Chinese nationals asylum.

Joske says four years after the massacre, Hawke received a message from the Chinese consul in Sydney inviting him to visit China.

Hawke felt it was important that Australia-China relations grew, so agreed to do so. There he was received and welcomed by then-Chinese leader Jiang Zemin and then-Premier Li Peng.

“The special bromance between Chinese and Australian leaders was back on track. Hawke thought the fate of [former Premier] Zhao Ziyang, who eventually died in house arrest, was ‘extremely sad,’ but the importance of building ties to the Party leadership came first,” Joske wrote.

He further added that the issue of Tiananmen was eventually “swept under the rug,” and Hawke would go on to play a valuable role in selling China to the rest of the world.