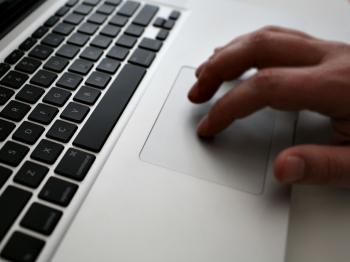 Cyber war has the potential to bring major cities around the world to a standstill. (Justin Sullivan/Getty Images)
International

Cyber Threats Escalating Around the World

A nuclear war may not be on the immediate horizon, but a cyber war is and it has the potential to bring major cities around the world to a standstill, say security experts.

Dr Paul Monk, former East Asian analyst for Australia’s Defense Intelligence Organization, says computer systems underpin the functioning of our society, affecting everything from banking, traffic networks, hospitals and even electricity grids. These are now the focus of a new security front not only in Australia, but worldwide.

“Its pretty clear now there is underway a type of cyber arms race, both to be able to pick up and also to secure data per se, but also, in fact, to be able to target or to defend those countless crucial functions of a contemporary society,” Dr Monk told The Epoch Times.

“I think it is only beginning to dawn on the minds of a few people this is very, very different to nuclear weapons, but the consequences could be very, very damaging indeed.”

U.S. security officials announced earlier this year that state-sponsored hackers had broken into computers critical to the functioning of the electricity grid network in the United States, installing control programs that would allow them to dramatically disrupt services.

“The severity of what we’re seeing is off the charts … most of the critical infrastructure in the US has been penetrated to the root by state actors,” said Tom Kellermann, a member of the US Commission on Cyber Security and an advisor to US President Barack Obama.

British intelligence chiefs have also noted increasing cyber attacks on British telecommunications and utilities. In an unprecedented move, intelligence officials singled out Huawei, the Chinese telecom giant behind BT, the main British telco, as a threat, saying it had the ability to interfere with critical services like power, food and water supplies, News Limited reported.

Dr Monk says it is widely understood that it is Russia and China that are responsible for the majority of the cyber attacks, but officials from the two countries consistently deny it.

“It is very difficult to believe it is not a co-ordinated effort by military forces, but perhaps by proxy, just disguising it the best way they can, only accentuates the problem,” he said.

When 9/11 happened, it opened up a whole new area of possibilities for attacks, he said, and the stakes are now getting higher.

“That general category of vulnerabilities is widening rather than narrowing because of the rapid advances in technology, the amount of money in communications around the globe and the fact so many para-states [challengers to legitimate states] can get access to those things.”

Dr Monk believes the increasing attacks on public utilities like electricity grids are exploratory exercises and can be expected to increase in sophistication in the future.

“I think all we have seen in terms of tampering with electricity grids is little probes trying to figure out how robust are the defences. So it just raises a whole bunch of interesting questions.”

While there has been no explicit evidence of cyber attacks on Australia’s utilities, Attorney-General Robert McLelland has admitted that Australia has been subjected to cyber attacks and has noted that cyber espionage was an increasing area of concern.

“The threat to the safety of Australians and our national interest does not simply emanate from just terrorism, but also things such as cyber attack and action that could distort the proper functioning of government and our economy,” he said in a speech at the annual National Security Conference in Sydney earlier this year.

Cyber warfare in fact has become such an area of concern that last year, governments from Australia, Britain, New Zealand, Canada and the US came together to test the resilience of critical infrastructure in Cyber Storm II, the largest cyber war exercise ever undertaken.

Participants from Australia not only included government organisations like ASIO, Centrelink and the Defense Signals Directorate, but also members of the private sector, including Microsoft, the Commonwealth Bank, Optus, Westpac, Woodside Energy and the Australian Securities Exchange.

According to AAP, most of the participants were shocked at the “borderless nature” of cyber attacks and the “speed with which they can escalate”.

Mr McLelland said the exercise said as much about as Australia’s strengths in the area as about its weaknesses.

“The exercise proved Australia’s response arrangements to cyber-attack are sound, but just as importantly, demonstrated areas where improvements can be made.”

Paul Monk says the rate at which cyber technology is developing is opening up possibilities at an incremental rate, including being able to down planes and bring cities to a standstill. The need to build resilience is paramount, he says.

“It is the possibility of these things being just around the corner, just currently beyond the reach of technical possibility, but therefore, within foreseeable reach, that has concerned a lot of people because the pace of change is such that what’s not possible now might suddenly be possible very soon.”