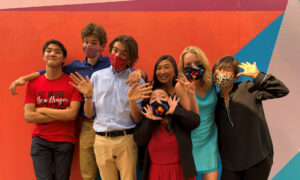 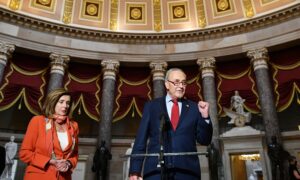 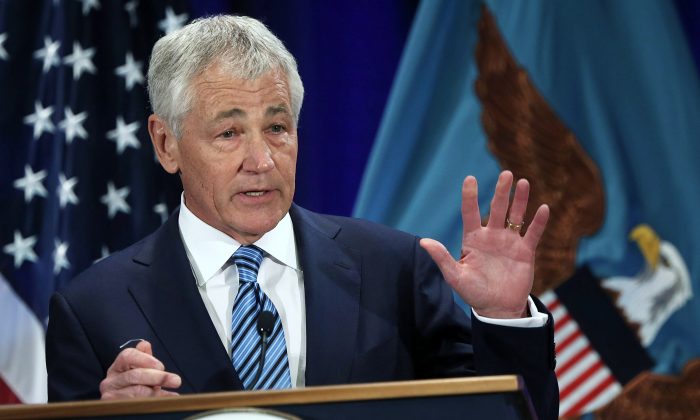 Cuts to Defense Budget Can be Absorbed: US Secretary of Defense

Cuts to Defense Budget Can be Absorbed: US Secretary of Defense

US Secretary of Defense Chuck Hagel said the United States can absorb hundreds of billions in defense cuts over the next decade.

Defense must reduce spending by $487 billion over the next decade, and this fiscal year faces cuts of about $40 billion.

At the same time, there aren’t cuts on the back end of the budget laid out for the next 10 years. But this isn’t a budget gimmick, said Chairman of the Joint Chiefs of Staff Gen. Martin Dempsey. They briefed reporters in Washington on April 10.

The $3.77 trillion budget proposal for the next fiscal year by President Barack Obama includes $526.6 billion for defense, but that figure is above spending caps set by a 2011 law, according to Reuters.

“By ignoring sequester and hoping for a grand bargain that has remained elusive  Pentagon leaders are in for another year that looks like the one before it and the one before that, with no clarity in the short- or the long-term on budget or strategic matters,” said Mackenzie Eaglen, a defense analyst at the conservative American Enterprise Institute think tank.

Charles Knight, a senior fellow at the liberal think tank Project on Defense Alternatives, said both Congress and Obama appear to be in denial about the law, or the 2011 Budget Control Act.

Both Dempsey and Hagel on Wednesday said they’re confident the military can weather the cuts coming.

“The fiscal realities are forcing down now some tough decisions,” said Hagel, adding it’s time to “get a hold of this.”

Hagel said a week earlier that wide ranging reforms need to come to the US Defense Department.

“We need to challenge all past assumptions, and we need to put everything on the table,” he said.

The leaders on Wednesday also answered questions about the conflict with North Korea.

Dempsey said the military’s job is threefold: to deter enemy actions, assure our allies, and prevent. “And we have options in every one of those bins to offer to our senior leaders,” he said.

Meanwhile, while the United States is absorbing cuts in the hundreds of billions of dollars—a good thing, so the US “can get back to a strong economic foundation”—the North Korean leader is at the extreme, said Dempsey.

“What is King Jong-Un doing? He’s starving his people,” said Dempsey. “It’s hard for us to figure that out.”