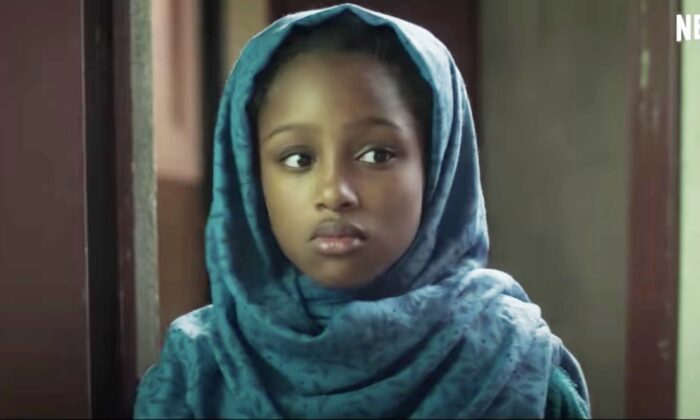 ‘Cuties’ Exposes the Rot in Our Culture

I wasn’t planning on watching the new Netflix movie, “Cuties,” but as I write and speak a lot about the best interests and rights of children, given all the controversy around this film, I thought I should comment. In order to comment more fully, that sadly required me to watch the hour and a half long disturbing and at times dull and cringeworthy film.

“Cuties” aims to address the oversexualization of young girls by, irony of ironies, oversexualizing young girls to make their point. It is mind bending to me that those who wrote, produced, and directed this film could not see how exploitative making this movie was to these young actresses.

The Cuties is the name of a four-girl dance team whose goal is to compete in a larger dance competition. Amy, the main character of the film, is an 11-year-old immigrant from Senegal, living in Paris with her mother, her two younger brothers, and her aunt.

The family is Muslim. Amy’s father is in Senegal, and we learn he has fallen in love and will be taking a second wife, bringing her to Paris for their wedding. Amy’s mother is devastated, but per their polygamous tradition, she must wish them well and work to prepare for their wedding celebration.

Amy is living in a culture clash. At home, she attends regular prayer meetings with her mother and other women in their community, where she is told that “evil dwells in the bodies of uncovered women, therefore we must preserve our decency” and that “in hell there will be many more women than men.”

But at school, Amy becomes fascinated with this group of girls, their immodest clothing, their twerking and salty language. She spies on them while they practice their dance moves and longs to be included in their group. At home she practices their dance moves in front of the mirror, borrows her younger brother’s clothing so that she can wear short tops to expose her tummy, and experiments with make-up.

Netflix is taking a lot of heat for airing this disturbing film, and #CancelNetflix was trending for several days as people expressed their outrage by cancelling their Netflix subscriptions. The CEO of Netflix, Reed Hastings, tweeted an article from The Verge, “Why ‘Cancel Netflix’; is Trending,” adding his comment, “Some independent perspective on the Sundance award-winning French film Cuties.”

Twitter’s response back to Hastings was swift and brutal, with multiple reminders of the Sundance Co-Founder Sterling Van Wagenen being charged with “six years in prison after pleading guilty to sexual abuse” with a child. Between 2013 and 2015 he inappropriately touched a girl when she was 7 and 9.

Yes, the oversexualization of children is a huge problem everywhere, but the adults in the room need to address this problem while protecting children, not further exploiting them to make a point.

Apparently, the filmmaker sees no controversy in using child actors. Maïmouna Doucouré, devoted herself to researching adolescent girls after seeing a group of young girls in revealing outfits at a neighborhood gathering. In making this film, she said she did not want to judge these young girls, but better understand their clothing, behavior, and understanding of what it means to be a woman.

A review in RollingStone, raved over the film, saying , “This award-winning French movie has been accused of sexualizing girls. It’s actually a sensitive portrait of growing pains that deserves to be seen.”

Here is a taste of one scene that RollingStone feels deserves to be seen: An adult family member finds out that Amy has stolen his phone. She is desperate to keep the phone. It is her “in” with the other girls as they use this phone to video tape and post their dance moves. Amy also uses his phone to post nude images of herself.

It is painful to watch young Amy as she begins to take her clothes off and offer herself to this man in hopes of him letting her keep his phone. As a filmmaker myself, I wondered how those on the set filming such scenes with little girls didn’t walk off the set! I’m sure I would have been fired that day for the hell I would have raised.

Much of the public here in the United States has been very critical of the vulgar behavior put on display by a group of 11-year-old girls, dressing, talking, and dancing in a manner that certainly is not decent or modest by any reasonable standard. As of the time of this writing, the audience score on Rotten Tomatoes is 3 percent, with reviewers saying things like, “’Cuties’ isn’t just an irresponsible movie, it’s also dull beyond belief.”

The review in Variety is less kind to Doucouré, writing that for her “the choice was simple. Her coming-of-age drama starts with Amy doodling stick figures and climaxes with the kid booty-shaking in hot pants. The choice is false, but Doucouré believes that today’s girls see their options in black and white. ‘Cuties’ job is to coil the contrasting messages and spin them until her head falls down dizzy, which can make the film feel as subtle as a headache.”

The fact that this film was made, won awards, and has been aired tells us more about the decay of modern culture and civilization. Cancelling Netflix as a trend will come and go. I doubt Netflix will be hit financially.

I worry about the harm done to the young girls who acted in this film, and the harm to young people who watch this film. I find exploiting children to make an adult point is morally reprehensible.

But the way for us to stop such movies from being made, is to address the cultural rot, namely the normalization of sexualizing children, right in front of us. To return to a time when children were respected, cherished, and protected. A time when such movies would be unthinkable.

Jennifer Lahl is the Founder and President of the Center for Bioethics and Culture and producer of the award winning documentary film, “Eggsploitation,” and “Anonymous Father’s Day,” “Breeders: A Subclass of Women?,” and “Maggie’s Story.” In 2018 she released “#BigFertility” which is an official selection in the Silicon Valley International Film Festival.