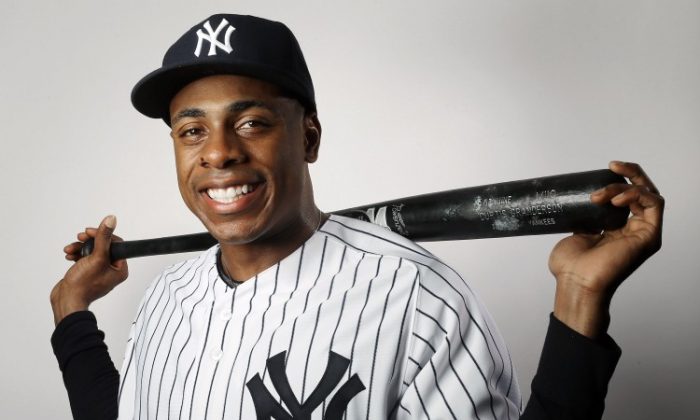 Curtis Granderson will be out until May. (Elsa/Getty Images)
Baseball

Yankees outfielder Curtis Granderson is expected to miss at least 10 weeks after a pitch fractures his right forearm.

On Sunday, in just the second game of Spring Training, Curtis Granderson made his Spring debut and was hit in the forearm by an inside pitch from Toronto Blue Jays pitcher J.A. Happ in his first at-bat. Granderson would go to first base before exiting the game for a precautionary x-ray. The initial report was a bruise but the x-ray revealed the severity of the injury.

Granderson, 31, is not expected to join the team until May as he recovers from this injury. The Yankees offense is projected to produce less home runs than they are typically known for in exchange for speed and defense. The projected outfield for the Yankees prior to the injury featured Brett Gardner and Ichiro Suzuki, both known for speed and defense. In the past seasons with the Yankees, Granderson has seen a spike in his home run production as he has exceeded 40 in both seasons. The Yankees have also lost power in the lineup as they do not have Russell Martin (Pirates), Raul Ibanez (Mariners), Nick Swisher (Indians), Andruw Jones (Japan), and Alex Rodriguez (injury). The Yankees will likely look for a replacement within the organization.