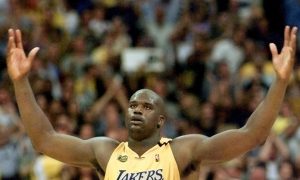 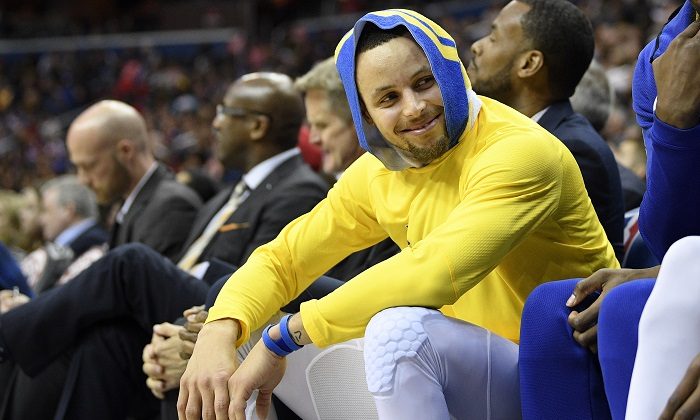 Golden State Warriors guard Stephen Curry smiles on the bench during the first half of the team's NBA basketball game against the Washington Wizards,in Washington, on Jan. 24, 2019. (Nick Wass/AP Photo)
NBA

CHARLOTTE, N.C—The NBA’s All-Star weekend is shaping up to be quite the family affair, with the Curry brothers facing each other in the 3-point contest.

Stephen Curry told ESPN he and brother Seth Curry of the Portland Trail Blazers will square off Feb. 16 in Charlotte, their hometown.

The Golden State star says the contest will be fun, but he knows his brother is “going to be gunning for me, though. That’s the problem.”

The NBA has not released the full field of competitors for the All-Star Saturday Night events. This will be the sixth time Stephen Curry has been in the contest and the first for Seth Curry. Their father, Dell Curry, was a two-time participant.

In an interview last week with The Associated Press, Dell Curry said his two sons love to compete at just about anything—and it’s impossible to say who’s more competitive.

“At my daughter’s wedding we played liar’s dice for about two hours—and that was the most competitive thing I have seen in a long time,” he said with a laugh. “Anytime there is a game that somebody has to win or lose, you can’t give anyone the edge as to who is more competitive. We all are.”

That carries over to the golf course as well.

Dell Curry said he plays golf with both sons—sometimes all three of them together—and it’s always competitive.

“Seth only plays two or three times a summer,” Dell Curry said. “He’s knocked 10 strokes off because of his short game. He can hit the ball farther. But his short game for only playing a couple of times a year is really good. As for Steph, people ask me if I beat him. I will tell them, yeah, I beat him twice—but we played about 25 times. He’s a stick. Loves to play.”

Seth Curry is actually outshooting his two-time league MVP brother from beyond the arc this NBA season.

The event could include even more intrigue if Charlotte Hornets point guard Kemba Walker decides to compete given this is his own court.

Walker, an All-Star starter, is fifth in the NBA in made 3-pointers this season and one of the most popular professional athletes ever to play in Charlotte.