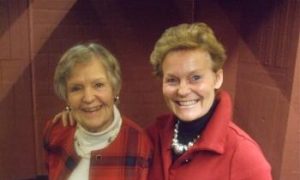 Eighty-Two-Year-Old Lady: It Is So Important to Give Such a Message to the World
0
Share Now
TelegramFacebookTweetEmailTellMeWeReddit
Copy Link
US

NEW YORK—U.S. Sen. Charles Schumer (D-NY) announced Sunday that the current federal mass transit tax break, which saves each mass transit rider more than $1,000 a year, is set to expire by the end of the year.

Employees with monthly mass transit fees can deduct up to $230 from their paychecks tax-free through an employer benefit program. The current deduction, which increased from $120 to $230 in 2009, allows more than $1,000 in savings for the transit commuters. Prior to this increase, those who drove to work received a greater tax break than those who used public transportation.

As the $230 benefit is set to expire on Dec. 21, Schumer is urging the federal government to make the measure permanent.

“Now more than ever, with increasing fares and reduced services we need to maintain incentives for middle class New Yorkers to use mass transit when commuting to and from work so they don’t have to break the bank,” the senator said in a press release.

The transit benefit saves a commuter’s transportation costs by a third or more. If the benefit decreases back to the original amount of $120 per month, more commuters may choose to drive to work, because the incentive for driving would be comparably better.

Schumer noted that the $230 benefit would fully cover the monthly cost of taking all major mass transit systems, including subway, bus, and express bus, and cover most of the costs of Metro North and the Long Island Rail Road.

Not only does the measure save money for the employees, it also saves money for employers by lowering their payroll taxes. Rather than paying more money in wages, the law allows the employers to give their workers up to $230 each month as a tax-free benefit.

“The last thing we should do as we try to prime the pump of this difficult economy is let this tax benefit expire. The mass transit benefit is a win for commuters because it can slash the cost of getting to work, it’s a win for businesses who enjoy a significant tax break to cover the cost of the benefit, and it’s even a win for the MTA [Metropolitan Transportation Authority] because it helps boost ridership. We cannot afford to let this expire,” Schumer said.

With a permanent increase to $230 per month, the full monthly cost of commuting would be covered even with last year’s fare increases, noted the senator.