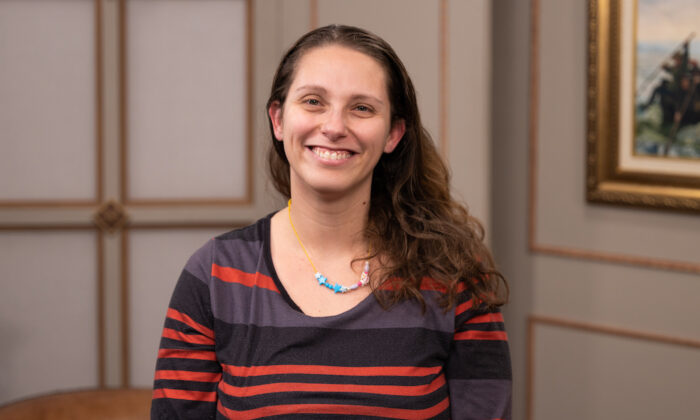 Current Literature Market Is ‘Woke’ From Top to Bottom: Heroes of Liberty Editor

Heroes of Liberty Editor Bethany Mandel says her company’s books provide parents with a much-needed choice for wholesome, pro-America stories in what is currently a progressive children’s literature market.

Mandel told “American Thought Leaders” host Jan Jekielek that the Heroes of Liberty project was started “because we saw a hole in the market (for), wholesome patriotic, pro-America, really educational books for children that were captivating.”

Mandel is a writer, history major, and mother of five who homeschools with a literature-based curriculum.

“The children’s book industry, as it stands now, is extremely woke,” Mandel said, referring to books focused on “racial justice,” “equity,” and “inclusion,” terms often used by advocates of critical race theory (CRT), a quasi-Marxist school of thought that claims that the United States is systemically racist.

CRT promotes a curriculum that advocates for critiquing social problems through the lens of racial struggle, and claims that racism is inherent in the foundational values of Western societies. It seeks to fundamentally “transform” social institutions in the name of ending this racial oppression.

Opponents say the ideology has been promoted in schools through training and programs on “equity” and other topics given to teachers and students.

While schools have for years been quietly infusing CRT into their curriculums, it wasn’t until the lockdowns were enacted in response to the CCP (Chinese Communist Party) virus pandemic, that parents were able to see what their children were being taught. Since then, parents have been stepping forward to oppose CRT due to its racially divisive, sexually explicit, and anti-American concepts.

“There’s a new picture book out ‘The ABCs of AOC.’ So, ‘A’ is for activist, ‘B’ is for the Bronx, and there’s all of that very overt indoctrination, but I think what’s more damaging is the very subtle indoctrination.”

The first three books in the Heroes of Liberty series tell the story of three conservative leaders, economist Thomas Sowell, president Ronald Reagan, and Supreme Court Justice Amy Coney Barrett. Mandel said parents will not have to preview these books to ensure they are appropriate for their young children to hear or read. “I’m happy with a book that I don’t have to filter in any way and that I can just read to my kids.”

“Thomas Sowell would probably be the best example of the first three,” Mandel said. “You learn about Jim Crow and civil rights, and you follow him through his life of what it was like to be a black American from when he was born until the present day.” She said the idea is not to preach to children, but to give them the full story about each person’s life and let the reader see how they each took responsibility for their life.

One of the things parents across the country have been objecting to is that the curriculum in their children’s schools are teaching them to see themselves as either victim or victimizer and that America is fundamentally a bad country. In other instances, parents are objecting to sexually explicit or irrational concepts of gender being taught.

Public school teachers “see it as their job because these ‘knuckle-dragging, bigoted’ parents are not going to introduce these topics to their children,” Mandel said of a teacher she recently spoke to concerning the teaching of topics like gender and racial justice.

Mandel said the book on Justice Barrett highlights her role as a mother as well as a Supreme Court justice. She said appreciation for motherhood is missing from mainstream children’s books and that is what the book on Barrett showcases.

The Heroes of Liberty series purposefully emphasizes the illustrations in the books, but finding an artist to do the drawings was so challenging they ended up hiring the artists from countries like Bulgaria and Brazil.

Her company has also run into barriers on social media.

When their Facebook advertising page was up, she said, “we had a lot of negative comments [from those on the left], calling Ronald Reagan a ‘war criminal’ and a ‘fascist’ and Amy Coney Barrett a ‘gender traitor to womankind.'” She added that they likely reported the page to Facebook higher-ups, who overwhelmingly share their political stance. After the page was subsequently shut down, Mandel contacted Fox News.

The exposure from various news reports on Facebook’s censorship has since put the company back on track. Heroes of Liberty has moved to a subscription model to avoid future censorship issues.