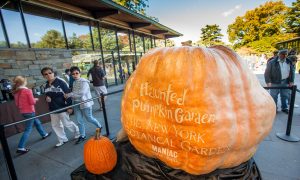 World's Biggest Pumpkins Carved by the Best in NYC
0 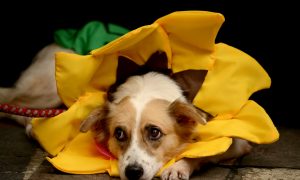 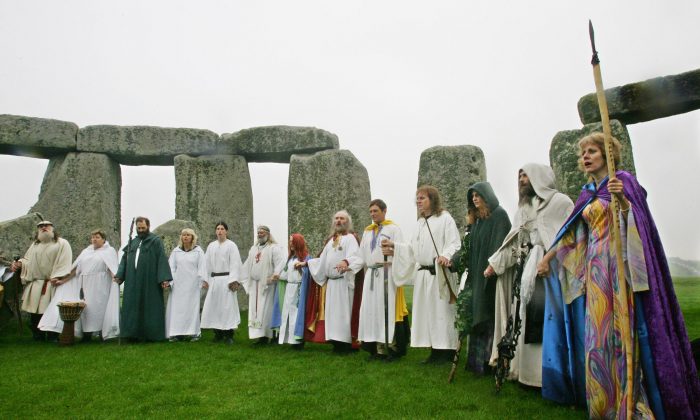 On Halloween, children will dress up as super heroes, monsters, princesses, pirates, and more, and visit neighbors to beg for candy. The origins of modern Halloween go far back into history.

Halloween traditions can be traced back over 2000 years, according to National Geographic. The first to don costumes to celebrate the Halloween were the Celtic peoples of Europe. They celebrated the change of seasons into winter on November 1, which for them marked the start of the year.

Their New Year’s Day, known as “Samhain,” (pronounced ‘sow’ inn’) was also their biggest celebration. On the day before Samhain, October 31, the Celts believed spirits walked the Earth. In addition to human souls, fairies, demons, and other supernatural creatures, were supposed to be able to walk the Earth.

In order to confuse possessing spirits or demons, the Celts wore elaborate costumes and built large sacred bonfires, according to BBC. These costumes were probably made of animal skins and would often include masks or face paint. Additionally, costumes may have been worn to represent ancestors.

In an early form of trick-or-treating, Celts costumed as spirits are believed to have gone from house to house engaging in silly acts in exchange for food and drink—a practice inspired perhaps by an even earlier custom of leaving food and drink outdoors as offerings to spiritual beings.

This old custom became our modern ritual of Oct. 31 trick-or-treating.

In the later years, as Christianity spread throughout Europe, Samhain was transformed as Christians adopted pagan holidays. Pope Boniface IV named November 1 ‘All Saint’s Day’ or ‘All Hallows Day,’ in the seventh century, according to National Geographic.

People continued to celebrate the night before with costumes and food, except that it was now known as “All Hallows Eve.” Later the phrase evolved into the present “Halloween.”

Halloween made its way west in the 1800s as Irish immigrants came to America in large numbers, bringing their customs and traditions with them. The oldest official Halloween celebration has its roots in Anoka, Minnesota, which began their annual bonfire and parade in 1920.