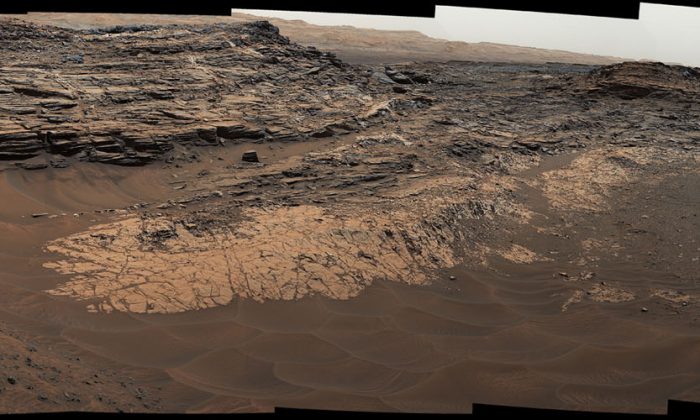 The Curiosity rover, currently wandering around on Mars, has located an indication of water activity that scientists say is important.

The rover has found much higher concentrations of silica–up to 90 percent–at some sites in the past seven months. The Marias Pass is one of them.

“These high-silica compositions are a puzzle. You can boost the concentration of silica either by leaching away other ingredients while leaving the silica behind, or by bringing in silica from somewhere else,” said Albert Yen, a Curiosity science team member at NASA’s Jet Propulsion Laboratory, in a statement.

“Either of those processes involve water. If we can determine which happened, we’ll learn more about other conditions in those ancient wet environments.”

Silica is found in some rocks. The chemical combines the elements silicon and oxygen, and is seen on Earth as quartz, among other minerals.

NASA scientists note that acidic water tends to carry other ingredients away and leave silica away, while alkaline or neutral water can bring in dissolved silica.

The scientists say the area is rich in silica but they still aren’t sure why, so they’ll investigate the data and try to figure it out.