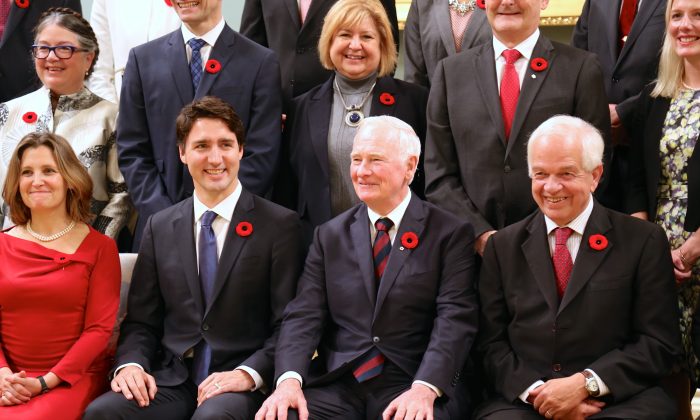 Curiosity Over Canada’s New PM Ripples From Europe to Washington

WASHINGTON—A rare phenomenon is transpiring in the U.S. capital—people are curious about Canada’s new prime minister.

From conversations in cabs and coffee shops, in government offices and think-tanks, in media stories, and from foreign politicians, Washington is talking about Justin Trudeau.

During a U.S. visit, the leader of a centre-left European political party revealed his own interest in Trudeau.

“Fascinated,” is how Diederik Samsom described his reaction to the Canadian election.

Samsom’s Dutch Labour party faces the same struggle the Liberals have faced. The traditionally mighty party has fallen on hard times, with rivals to its left and right eating away at its support. So it’s no coincidence that he’s asking questions about the campaign that pulled Canada’s centre-left party from third place to a surprising majority.

Amongst the progressive community in particular, people have been trying to figure out what the lessons of this are.
— Matt Browne, Center for American Progress

Inside the unofficial think-tank of the U.S. Democratic party, the Center for American Progress, the Liberals’ winning election playbook is being analyzed and its lessons shared with left-leaning parties around the world.

Matt Browne, who works on international partnerships there, has prepared a briefing paper on the Liberal win for allies in different countries where he’s heard curiosity or seen applicable lessons—including the U.K., Denmark, Holland, France, Italy, and Germany.

“It’s been a pretty amazing week or so,” Browne said. “Amongst the progressive community in particular, people have been trying to figure out what the lessons of this are.”

The Center for American Progress was founded and run by high-ranking figures in Democratic politics. Some of its senior members had met Trudeau and his team in opposition and they offered congratulations on the Liberal election victory.

One big difference with Obama, he noted, is that Trudeau arrives with a comfortable parliamentary majority and won’t have to fight for votes to get his agenda passed.

Foreign coverage on Trudeau’s win in the Guardian, New York Times, CNN and elsewhere has included analysis on these themes.

Of course, plenty of the foreign coverage, and some of the Washington chatter, has been about the physical appearance of Canada’s new power-couple. Paris Match magazine ran a glamour-shot cover photo of the Trudeaus.

The accompanying story compared the phenomenon to the what-if scenario of John F. Kennedy Jr. succeeding JFK. It described the enthusiasm of Liberal crowds to those from the first campaigns of Barack Obama and Tony Blair.

A Washington think-tank that analyzes Canadian affairs has detected a spike in attention.

“I’ve already had more Americans ask me about the Canadian election in the week since than they did for the entire previous 78 days,” said Andrew Finn of the Wilson Center’s Canada Institute.

But he said the U.S. interest might have more to do with other factors: familiarity with Trudeau’s family name, and more interest in foreign elections in a non-election year in the U.S.