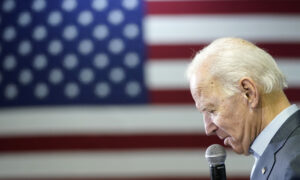 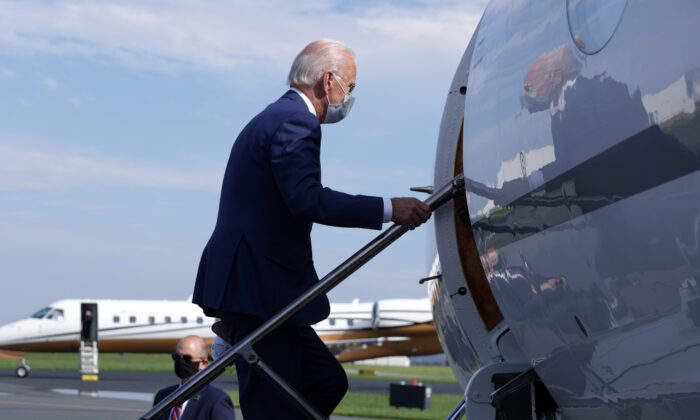 Curfew Ends in Wisconsin City Ahead of Visit From Joe Biden

KENOSHA, Wis.—A curfew that was in place in Kenosha for more than a week after the police shooting of Jacob Blake was lifted Wednesday, another sign of increasing calm in the southeastern Wisconsin city that has been the epicenter of the latest eruption over racial injustice.

The move came a day after the curfew was targeted as unconstitutional in a federal lawsuit and the day before former Vice President Joe Biden planned to visit, marking his first campaign stop in Wisconsin in nearly 2 years.

The curfew was enacted after Blake, a black man, was shot by a police officer on Aug. 23. Jacob Blake Sr. on Wednesday told WGN America’s “NewsNation” that his son is out of a hospital intensive care unit.

The shooting of Blake, captured on cellphone video, sparked protests that resulted in buildings being burned and vandalized and in the shootings of three demonstrators, two of whom died. Seventeen-year-old Kyle Rittenhouse has been charged in the Aug. 25 slayings; his attorney says it was self defense.

Biden said Wednesday that the officer who shot Blake should be charged, a sharp contrast to President Donald Trump’s support-the-police message when he visited Kenosha a day earlier. The president met with law enforcement, toured some of the damage, and called the violence “domestic terrorism.”

Biden also plans to meet with members of Blake’s family and hold a community meeting.

Protests have been peaceful for more than a week, other than a few minor skirmishes during Trump’s visit.

“The last several nights have been relatively peaceful in the community, and in the judgment of law enforcement, it is appropriate to remove the curfew,” Mayor John Antaramian said. However, he held out the possibility that the curfew may return, saying “criminal activity will not be tolerated.”

The about-face came after four people who were arrested during the protests filed a federal lawsuit alleging that local law enforcement arrested only those protesting against police brutality, not “pro-police protesters and militia” who were armed with rifles.

“In Kenosha, there are two sets of laws—one that applies to those who protest police brutality and racism, and another for those who support the police,” the lawsuit said.

Sam Hall, attorney for Kenosha County, said the county will seek immediate dismissal. He said the sheriff’s department “has worked tirelessly to bring order back to the community and has been careful to protect the rights of all citizens throughout that process.”

North Carolina civil rights lawyer Kimberly Motely, who is representing those arrested, said she thought the lawsuit “definitely played a role” in the decision to lift the curfew. There are no immediate plans to drop the suit, which also seeks damages for those arrested, Motley said. She also represents Gaige Grosskreutz, who prosecutors say was shot in the arm by Rittenhouse.

Rittenhouse’s attorney John Pierce tweeted a video of him Tuesday speaking by phone with Rittenhouse from jail in Illinois, where he was arrested.

“I just want to thank every single one of you from the bottom of my heart for the underlining support, it’s just amazing,” Rittenhouse said from the phone held up by Pierce. “I want to thank all of you for the mail I’ve been receiving. It’s been really helpful. I just want to let you all know that I’m going to be out of here soon and stay strong. And I hope to see you guys soon.”

By Michael Tarm and Scott Bauer