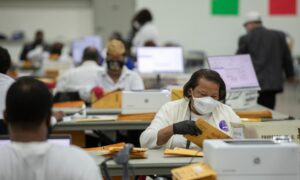 A financial advisory firm told the Supreme Court it should rein in the ability of the Internal Revenue Service to invoke a federal law to preempt legal challenges to regulations it issues.

If the company prevails in the high court, it could open the door to more taxpayers challenging how the IRS deals with tax shelters, a move that could make it more difficult for the tax agency to do business.

Oral argument took place over 63 minutes telephonically on Dec. 1 in the case known as CIC Services LLC v. Internal Revenue Service, an appeal from the U.S. Circuit Court of Appeals for the 6th Circuit.

At issue in the case at hand is a reporting requirement the IRS wields against what it claims are abusive tax-avoidance schemes involving small insurance companies. The penalty for noncompliance can include a $50,000 fine.

The petitioner, Knoxville, Tennessee-based CIC Services, describes itself on its website as a firm that helps “small & mid-sized business owners turn their risk into wealth by owning their own insurance company.”

The company provides advice to taxpayers on what are called “micro-captive transactions” that use small insurance companies to reduce taxable income. The IRS counters that some of those transactions don’t count as legitimate insurance contracts and are, in reality, improper vehicles for avoiding tax.

The IRS’s position is that when a taxpayer fails to report a micro-captive transaction, it’s reasonable to presume that the transaction is actually an instance of tax avoidance or evasion, and that some tax liability should be imposed.

Although Congress writes federal tax laws, in some cases it has delegated limited authority to the IRS “to fill in the gaps of tax laws through regulation,” according to the Cato Institute, a libertarian think tank that filed a friend-of-the-court brief. When it fills in these gaps, the Administrative Procedure Act (APA) requires agencies such as the IRS to do certain things, such as allowing a public comment period, before finalizing regulations.

But critics say the IRS often refuses to comply with the APA.

In the current case, the tax-collection agency has argued that another statute, the Anti‐Injunction Act (AIA), can be used to cut off the company’s appeal before arguments can be heard. Under that law, a tax can’t be challenged until after it has been collected. After the tax is paid, the taxpayer files for a refund.

The 6th Circuit held the monetary penalty was a tax and, therefore, the lawsuit was within the ambit of the AIA. The 7th and 10th Circuits ruled the opposite.

The company’s attorney, Cameron T. Norris, told the high court during oral arguments that it is a bit much for the IRS to advise people to break the law if they want to challenge it.

“It’s not every day that the United States government asks citizens to deliberately violate the tax code, but that’s my friend’s position in this case,” Norris said.

“And that’s a critical distinction for purposes of reaching the right decision here. This is not as the Anti-Injunction Act normally tells litigants, pay now, litigate later. This is, violate the tax code now, risk jail time and your professional license, and if the IRS agreed to give you a penalty, then litigate later. And the IRS, by the way, the one that has to make the decision about whether you should receive a penalty, is the would-be defendant.”

Norris said CIC Services is challenging an IRS notice issued under the APA.

“That guidance document subjects an entire industry to a burdensome reporting regime, but it never went through notice-and-comment rulemaking. Congress did not exempt the IRS from the APA. And this court has refused to carve out exceptions to APA review good for tax law only,” Norris said.

“While the Anti-Injunction Act bars many tax cases, it does not bar this ordinary administrative law case,” he said. “CIC’s suit does not have the purpose of restraining the assessment or collection of taxes.”

Chief Justice John Roberts told Norris, “You certainly have to agree that, under its normal meaning … that your approach would, in fact, restrain the assessment or collection, right?”

“It would certainly … be an impediment to just that. That’s the purpose—that’s the significance, I suppose, of your asking for an injunction,” Roberts said.

Acting for the Department of Justice, lawyer Jonathan C. Bond told the justices that the AIA “bars a suit for the purpose of restraining the assessment or collection of any tax.”

Justice Stephen Breyer told Bond that judicial review of a government action can take place when the action required by the government is unlawful, but here, the IRS is arguing the party cannot get judicial review without breaking the law and paying a penalty.