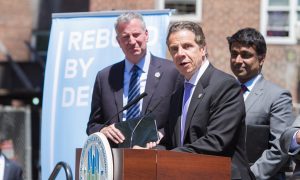 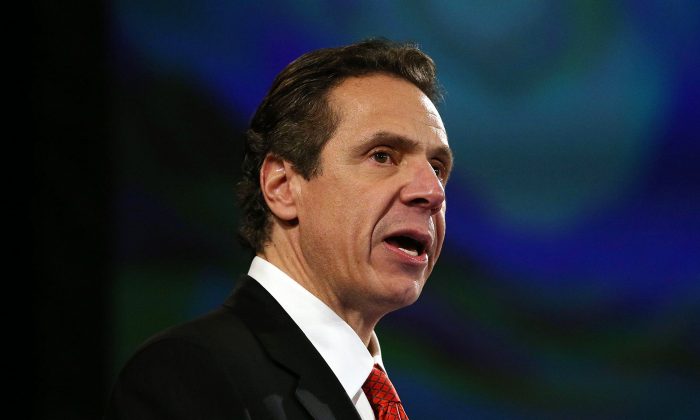 The incumbent governor of New York has widened his lead over Republican challenger Rob Astorino, 60 to 23 percent in favorability ratings, according to a Siena College poll of 774 likely New York voters in mid-July. It was 57 to 21 in a June poll.

The fraction of voters who are neutral or don’t know about Astorino has fallen from 69 to 61 percent. But most of the new recognition is negative, and his favorability rating has jumped from 12 to 19 percent.

Cuomo draws more support even from Republicans than Astorino, 45 to 24 percent.

“There are five months till Election Day. No race is over in June. This is a snapshot of all registered voters, not just those likely to vote in November,” said Siena College pollster Steven Greenberg.

Astorino, predictably, has brushed aside these numbers, and likes to bring up the summer of 2009, when he was down 30 points in his bid for Westchester County Executive before winning the election. He has pressed Cuomo for not doing enough to alleviate New York’s tax burden.

“Too many people are leaving New York to escape the high taxes and the cost of living and going places where the jobs are,” said Astorino at a campaign stop in Brooklyn.

The Tax Foundation ranked New York in last place in its 2013 report on how friendly states are to small businesses, in terms of taxation. In the 2000s, more than 2 million people moved to other states from New York than from other states to New York.

One challenge Astorino faces is selling himself as a fiscal conservative when Cuomo has made a name for himself as one who has put the brakes on excessive spending.

“I am a progressive Democrat who’s broke,” Cuomo said after a few months in office. He has since then brokered wage freezes with unions, resisted extending a popular tax on millionaires, and pushed through $2.2 billion in tax cuts in the state budget that passed in March.

Most of the flak the governor received has been from the political left. Cuomo’s challenger in the Democratic primary, Zephyr Teachout, has called him a “traditional trickle-down Republican.”

Teachout narrowly lost the nomination of the influential Working Families Party to Cuomo in June after the latter made last-minute pledges including a push for a higher minimum wage and campaign finance reform. Polls from May projected Cuomo’s lead over Astorino falling to a mere 14 points if the WFP had endorsed someone else.

“I think that he is trying to position himself for a national office and that he feels that the best way to do that is to be a fiscal conservative and a social liberal,” said David Schwartz, vice president of the Westchester chapter of the WFP.

Schwartz was among those who supported Teachout at the WFP convention in June, citing the tax cuts Cuomo put in the last budget as egregious, but understandable.

“Cuomo is a modern politician who understands if he wants national office he needs huge amounts of money, and that comes from rich people and corporations who don’t want to pay more taxes,” he said.

Cuomo has kept the state’s spending in line, but his own campaign coffers are overflowing. The Cuomo campaign has spent an average of more than $37,000 per day over the last six months, and had more than $35 million as of July. Astorino’s campaign has $2.4 million in funds.