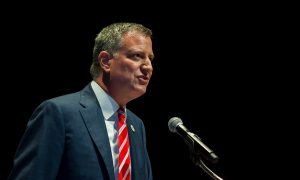 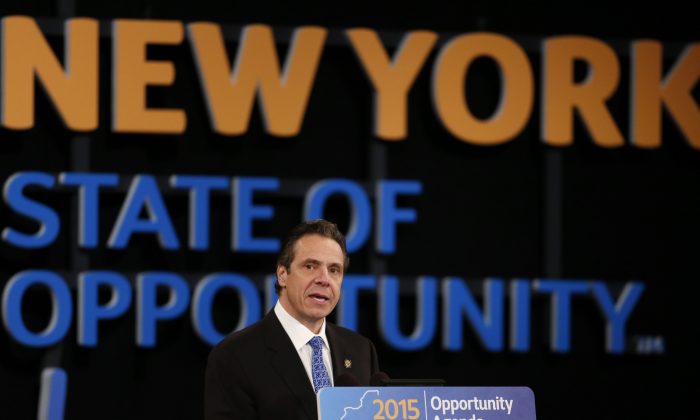 Responding to the national conversation on improving police and community relations after events in Ferguson, Mo., and Staten Island, New York State Gov. Andrew Cuomo said Wednesday that he wants an independent monitor to investigate cases where grand juries deliver no indictments for police-involved fatalities.

The monitor can also recommend a special prosecutor to take on the case, Cuomo explained at his annual State of the State address Wednesday, where he laid out his budget priorities and policy agenda for the coming year.

Public outrage grew after a grand jury in Staten Island chose not to indict the white police officer who placed Eric Garner in a chokehold while arresting him for allegedly selling untaxed cigarettes. Garner, black and unarmed at the time, died after being restrained.

Current state laws prohibit the disclosure of information from grand jury proceedings unless the court approves of a request from the prosecutor.

Cuomo says he now wants to allow local prosecutors to issue a public report on those proceedings, “so people can know what happened.”

It’s unclear whether these changes would apply to Garner’s case, or only to cases in the future. At the time of writing, Cuomo’s press office did not respond to a request for clarification.

Meanwhile, a group of Democratic lawmakers have already introduced a bill in the state Senate to establish a permanent investigative office for cases of non-indictments for police-involved fatalities.

These proposals were part of Cuomo’s seven-point agenda for criminal justice reform, which he hopes will help to restore public trust in the judicial system.

“People are questioning our justice system, and whether the justice system really is justice for all and color-blind,” Cuomo said. “Even if it is only a problem in perception, it is still a real problem.”

After Garner’s death and the fatal shooting of unarmed black teenager Michael Brown by a white police officer in Ferguson, Mo., people across the country called for reforming what they perceived was a culture of racism and brutality within law enforcement.

Another of Cuomo’s proposals is to establish a statewide “reconciliation commission” where residents can meet with local police to address their concerns. He also wants local police departments to recruit more minorities into the force, and publish demographics data on police arrests and summons.

In New York City, police critics have opposed the NYPD’s broken windows policy, which cracks down on low-level, quality-of-life offenses as a tactic to deter serious crimes from occurring. Critics say the policy disproportionately targets minorities. Cuomo’s proposal would help confirm whether that claim is true.

But the governor did not forget to show support for police as well. He said he would fund replacement vests, body cameras, and bullet-proof glass for patrol cars in high-crime areas.