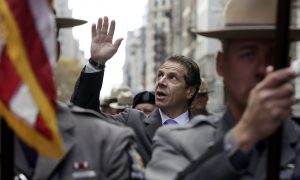 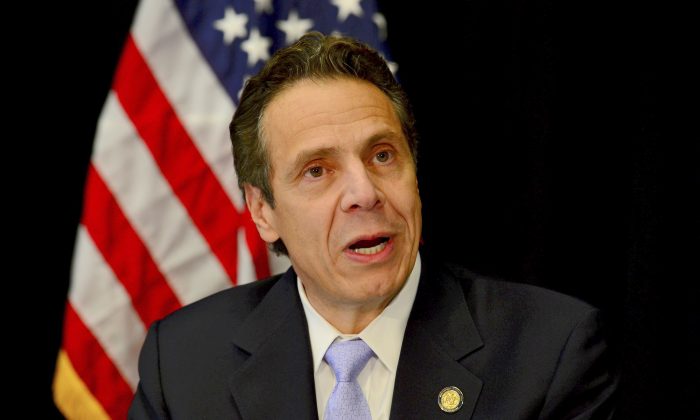 New York Gov. Andrew Cuomo in Mineola, N.Y., on Oct. 27, 2014. There is no deal on a pay raise for state lawmakers because they haven’t agreed to a series of campaign finance and ethics reforms, Gov. Cuomo said on Monday, Dec. 15, 2014. (AP Photo/Newsday, Alejandra Villa)
New York

ALBANY, N.Y.—There is no deal on a pay raise for state lawmakers because they haven’t agreed to a series of campaign finance and ethics reforms, Gov. Andrew Cuomo said Monday.

Lawmakers have suggested returning to Albany for a lame-duck session this month to give themselves a raise. They now make $79,500 for their part-time work but haven’t seen a raise in 14 years.

Cuomo said Monday on public radio’s “Capitol Pressroom” that any pay increase should be accompanied by campaign finance and ethics changes.

Specifically, the Democratic governor has suggested limiting lawmakers’ outside income, prohibiting them from doing work for groups that do business with the state, and instituting a broad public campaign finance system.

So far, lawmakers have balked at the idea, he said. He said the back-and-forth shows the difficulty in passing changes to ethics and campaign finance rules in Albany.

The 2015 session is set to begin in January.