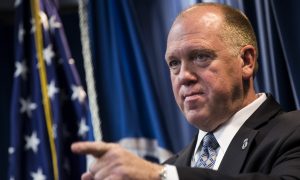 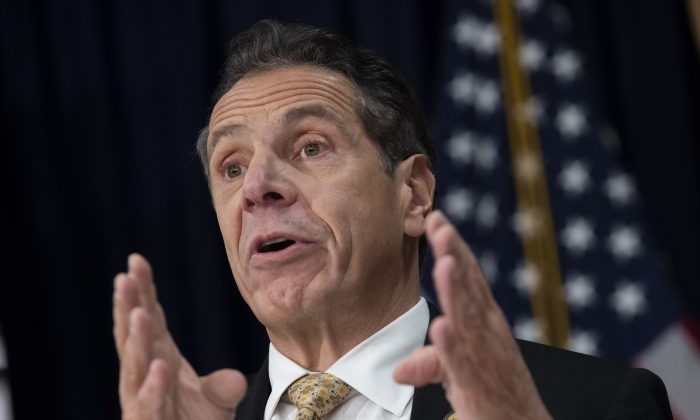 Cuomo Takes Swipe at Trump With Pardons for Criminal Immigrants

New York Gov. Andrew Cuomo granted clemency to 22 people on New Year’s Eve, all of whom will now benefit from some type of immigration-related relief, including being spared deportation. The governor also commuted the sentences of seven others.

Cuomo, a Democrat, took a swipe at President Donald Trump when announcing the pardons, saying the president is “waging a war on our border against immigrant communities.”

Trump has been clear that he wants to secure the Southwest border against illegal immigration, and is currently at an impasse with congressional Democrats who refuse to support wall funding in a new spending bill.

Most of Cuomo’s pardons were for immigrants convicted of drug crimes, but also include assault, attempted arson, and trademark counterfeiting. Legal immigrants who commit crimes are subject to deportation.

In a further shift toward becoming more of a sanctuary for illegal aliens, the New York state legislature will consider allowing illegal aliens to apply for a driver’s license this year.

Cuomo has also earmarked an additional $10 million in the fiscal 2019 budget for the Liberty Defense Project, which helps immigrants—legal and illegal—with legal defense in their immigration cases, as well as health care and social workers. The project was launched in 2017 with $11.4 million from the state budget.

The fund is also set up to provide for “executive actions to prohibit state agencies and law enforcement from inquiring about immigration status and to limit ICE access to state buildings,” according to Cuomo.

Under New York City’s 2014 sanctuary policies, ICE agents were ejected from Rikers Island Correctional Facility, where they previously held an office. Now, ICE agents are allowed access to the jail to interview illegal aliens, but only if the interview subject consents, while detainers are only honored if an individual has been convicted of any of 170 crimes listed by the mayor’s office. A detainer asks jails to notify ICE when an alien in custody will be released, so that the agency can assume custody.

During the first three months of 2018, almost 40 convicted criminals who are in the country illegally were released by New York City jails, despite detainers, and subsequently reoffended, according to ICE.

One of the reoffenders is a 28-year-old Salvadoran man who was arrested for assault in March, released by the jail, and then arrested for robbery in April.

A 20-year-old from Guatemala was arrested in January for a felony assault on an person over 65 years of age. He was released, and then was arrested in February for felony grand larceny, and again in March for resisting arrest.

ICE said it had placed detainers on all of those criminals, as well as 400 other illegal aliens who were in NYPD or Department of Corrections custody.

In fiscal 2018, ICE’s Enforcement and Removal Operations removed from New York 3,476 aliens who were either convicted criminals, charged with a crime, or repeat immigration violators.

The Trump administration has pushed back against sanctuary policies, with the Justice Department suing jurisdictions and threatening to withhold funding.

Cuomo called ICE agents “a bunch of thugs” during a gubernatorial debate on Aug. 29 last year. He also sent ICE a cease-and-desist letter in April.

The letter demanded an immediate halt to ICE’s “reckless and unconstitutional enforcement actions,” or Cuomo said he would take legal action.

“ICE cannot and will not cease and desist from fulfilling our agency’s congressionally mandated mission of enforcing federal law,” Homan said in a statement on April 25, 2018.

“So rather than a cease-and-desist letter, a letter of thank you would be appreciated,” Homan said at an event on June 5.

“When you release a criminal alien from a jail, that criminal alien is going to return to his community and victimize the very community in which he lives—which are immigrant communities,” Homan said.

In 2018, California became a sanctuary state, under its SB54 legislation that means local and state law enforcement are restricted from cooperating with immigration agents, even within jails.

The policies were highlighted Dec. 26 when police officer Cpl. Ronil Singh was fatally shot by an illegal alien during a traffic stop in Newman, California.

Singh, a legal immigrant, was a 33-year-old native of Fiji. His alleged killer, Gustavo Arriaga, 32, is a native of Mexico and had been arrested previously for DUI, but wasn’t referred to ICE. Seven of Arriaga’s cohorts were also arrested in connection with the case.

Stanislaus County Sheriff Adam Christianson said in a press conference Dec. 28 that Arriaga shouldn’t have even been in the country.

“Why are we providing sanctuary for criminals, gang members?” he said. Arriaga also had ties to the Sureño Street Gang.

ICE spokeswoman Liz Johnson said in a statement that ICE has lodged detainers on all of the arrested suspects—two of whom are convicted criminals and illegal aliens.

“We remain deeply concerned that California’s sanctuary laws continue to undermine public safety and cause preventable crimes by restricting law enforcement cooperation and allowing public safety threats back into the community to re-offend,” Johnson said.