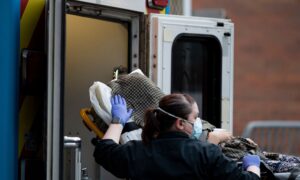 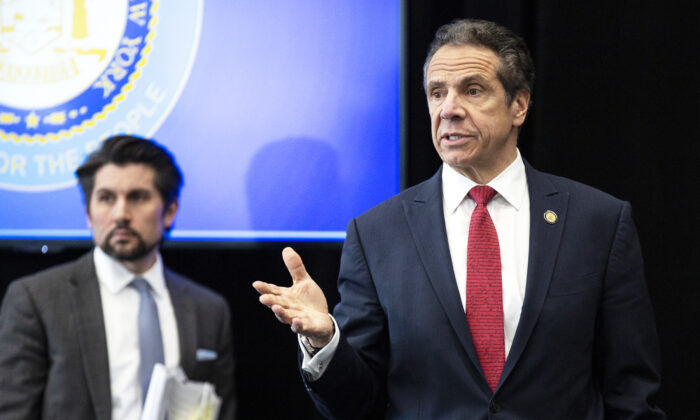 New York Gov. Andrew Cuomo (D) during his CCP virus update on April 29 ordered Metropolitan Transportation Authority (MTA) workers to develop a cleaning plan to disinfect all subway trains every night after reports that the subway system has deteriorated.

Cuomo said that he had seen pictures of “things that are going on in the New York City subway system, where the cars were filthy, they were disgusting, homeless people were there with all their belongings,” and noted that crime levels had gone up in the subways, too, even though “ridership down 90 percent.”

The Governor said that allowing homeless people to stay on the subways in the middle of a global pandemic with no masks, and no protective equipment was “letting them endanger their own life and endanger the lives of others,” which he said was “not helping anyone.”

Cuomo said he had spoken to the MTA on Tuesday and that they have two days to deliver a full plan on how they will disinfect every train, every night.

“Any essential worker who shows up and gets on a train should know that that train was disinfected the night before. We want them to show up, we don’t want them to stay home, we owe it to them to be able to say, the train you ride, the bus you ride has been disinfected and is clean.”

When asked if the state would provide funding to the MTA for the cleaning plan, Cuomo responded: “It’s realistic. It’s an essential. How realistic is it? What’s the alternative?”

Following Cuomo’s comments on Wednesday, the MTA filed emergency regulations to strengthen the code of conduct for the city’s subway system, which is applicable to all customers.

In a statement, the transportation authority announced that no person is permitted to remain in a station for more than an hour, and amid a public health emergency, no person can remain on a train or on the platform after an announcement that the train is being taken out of service. Finally, wheeled carts greater than 30 inches in length or width, including shopping and grocery carts, are banned.

MTA exec Sarah Feinberg said officials would submit a plan as Cuomo requested on Thursday, but noted that officials have limited resources available to tackle the problem.

“We are doing everything we can do to make sure our cars are clean and disinfected and sanitary and that we are addressing it as frequently as we possibly can,” she told reporters during an afternoon video conference.

“If I had an unlimited workforce and unlimited resources, I think we all agree that we’d be cleaning and disinfecting cars every couple of hours, but we are such a large city, such a large fleet, such a large system, that exercise like that are difficult if not impossible.”

Also on Wednesday, Cuomo announced that New York would begin offering free CCP virus antibody testing to more than 150,000 health care workers and first responders who are battling the pandemic on the front lines.

“We’re also beginning a new initiative, offering antibody tests to over 150,000 health care personnel and first responders. Antibody tests can tell someone if they’ve been exposed and recovered from COVID-19—that’s something that will give people more confidence in their work,” he wrote on Twitter.