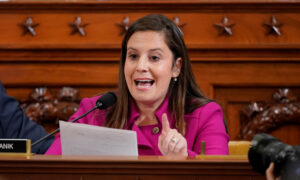 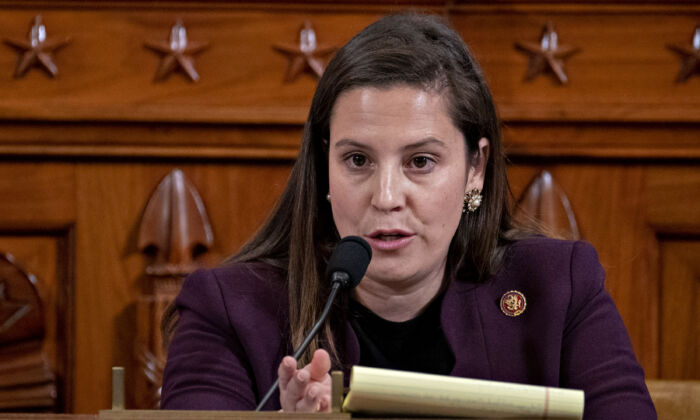 In an interview with Fox News’ “Justice with Jeanine Pirro” on Jan. 30, the congresswoman said a federal investigation must be held into Cuomo’s administration, after a Jan. 28 report (pdf) from the state attorney general’s office revealed health officials underreported the deaths by as much as 50 percent in some places.

“I want to see a federal investigation because I think there were criminal acts conducted by the governor, by his senior staff. I want a very public and transparent investigation,” Stefanik told Pirro.

The congresswoman, who has characterized the revelations as “a massive corruption and coverup scandal at the highest level of New York State government,” said she believes the state commissioner of health, Dr. Howard Zucker, should tender his resignation following the release of the 76-page report.

The report followed an investigation into the state’s nursing home responses during the pandemic over allegations of patient neglect and other misconduct.

Stefanik also called for Cuomo’s resignation if the investigation reveals any misconduct.

“I think he [Cuomo] should resign if there’s a criminal coverup, which I believe there is,” she said.

Preliminary data from the investigation into nursing homes suggests that many residents who had to be transferred to a hospital died there from COVID-19, the disease caused by the CCP (Chinese Communist Party) virus.

These cases weren’t reflected in the state Department of Health’s (DOH) published totals for nursing home deaths. The attorney general’s office had compared data reported to its office from 62 nursing homes, which represents 10 percent of the total facilities in New York, to data reported to DOH.

The attorney general also found that some nursing homes underreported their resident deaths to the DOH.

The CCP-virus-related nursing home deaths have been a focal point for Cuomo’s handling of the pandemic. He has repeatedly pushed back against assertions that his policies played any role in the deaths.

The report is also expected to trigger more scrutiny over Cuomo’s policies and handling of nursing homes amid new cases of the virus across the state and country.

Critics have pointed to Cuomo’s decision to order nursing home patients recovering from COVID-19 to be returned to the facilities to free up hospital bed space for the increased number of nursing home deaths. Cuomo—who has touted his administration’s response to the pandemic—has often rejected the suggestions that his policy led to an increase in deaths.

“What was most telling … they knew the numbers, they put them out the same day, which shows they were trying to cover them up,” Stefanik said. “There are more questions than answers when you look at the 76-page report.”

“This is the beginning of pursuit to justice, not the end. I would urge the attorney general to continue moving that process forward.”

She also asked state Attorney General Letitia James and the U.S. Justice Department to “immediately” issue subpoenas to the Cuomo administration for documentation and communications related to his handling of the pandemic, saying that there must be “accountability and consequences.”

“This is why the governor has been able to stonewall … because they have not issued those subpoenas,” Stefanik said. “This has been not just a nursing home scandal but a criminal coverup … a corruption scandal at the highest levels of New York state government.”

“Whenever you hear him say ‘who cares,’ every time that video is played, I think of the family that lost a loved one—a mom or dad, grandma, or grandpa. I don’t look at this story about being about data, statistics, numbers—this is a coverup,” Zeldin told Fox News’ “Sunday Morning Futures.”

“It’s a coverup of a policy that ended up resulting in that grandmother or grandfather losing their lives,” he added. “This is criminal what happened.”

The White House stated on Jan. 29 that the Department of Justice (DOJ) will decide whether to pursue the case.

The DOJ didn’t respond to an earlier request for comment on the matter.