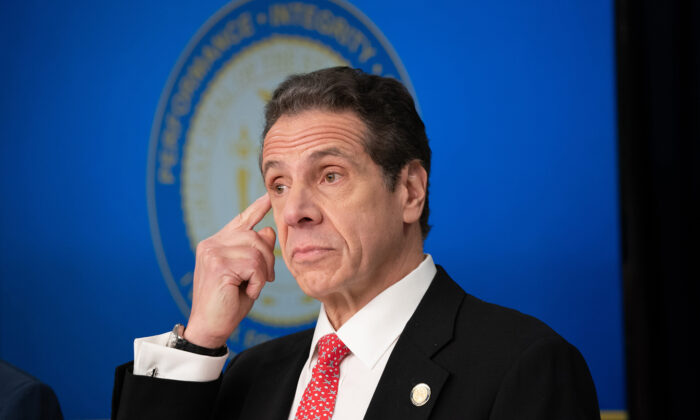 By Laura Nahmias
From Bloomberg News

Prospective candidates had until 5 p.m. on Thursday, April 7, to electronically file 15,000 signatures necessary to achieve a place on the Democratic primary ballot. A spokesperson for the former governor did not respond to a request for comment.

Cuomo, who resigned in August 2021 after an independent investigation overseen by New York Attorney General Letitia James found he’d sexually harassed nearly a dozen women, had for weeks hinted at the possibility of mounting an 11th hour challenge to Hochul.

He would still qualify for the June Democratic primary for governor if he mails the petitions, postmarked on Thursday, if they arrive at the New York State Board of Elections on Monday. Or, if Cuomo decides to run as an independent candidate, he’d have until May 31 to collect signatures.

A recent Emerson poll found Cuomo trailed Hochul by just three points in a Democratic primary, 37 percent–34 percent, even though 63 percent of New Yorkers surveyed said they thought Cuomo should not seek political office again. Hochul had served as Cuomo’s lieutenant governor since 2015 before his sudden resignation catapulted her into the governor’s office.

Cuomo launched a multimillion-dollar ad campaign aimed at restoring his reputation in February. After a March appearance at a church in the Bronx, Cuomo told reporters he would not rule out the possibility of running for public office on a third party ballot line.

“I’m open to all options,” Cuomo told reporters in mid-March when asked whether he’d consider creating his own political party or running on a third party line in order to run. “I’ve done it before,” Cuomo said. “My father’s done it before.”

In a February interview with Bloomberg News, Cuomo said he regretted his decision to step down last summer, and that he felt “vindicated” by several district attorneys’ decisions not to prosecute criminal cases against him.

Cuomo created a new political party called the Women’s Equality Party in 2014, when he was seeking a second term as governor. That year, he also ran on the Democratic, Independence, and Working Families Party ballot lines.