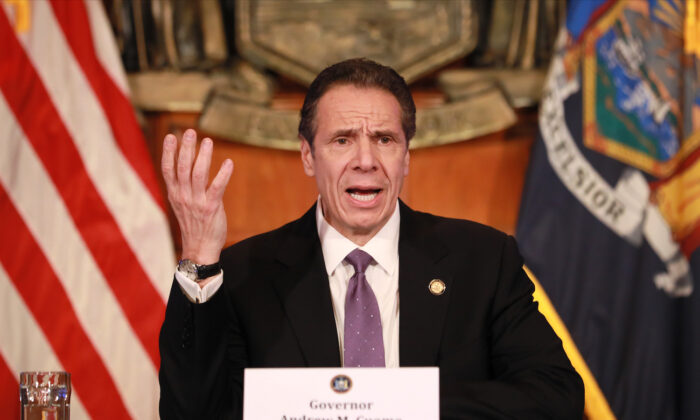 The number of people newly hospitalized in New York state due to the CCP virus is continuing to decrease, Gov. Andrew Cuomo said at his daily briefing on April 28.

New hospital admittances fell below 1,000 on April 27, Cuomo said; he also said that 335 people had died across the state in the previous 24 hours.

“After all of this, we still have 900 new infections yesterday … but overall, you see the number coming down,” the governor said. “Every day, I think maybe today is the day the nightmare will be over, but it’s not.”

“What happens if the essential workers here said, ‘I’m not going to show up to run the bus. You don’t pay me enough to put my life in danger, and I’m not doing it.’ They showed up. … They didn’t show up for a paycheck. They showed up out of their values, honor, and dignity,” he said.

At the same time, the governor cautioned against reopening the economy too quickly, noting that a resurgence in the virus could occur.

“Remember, we have gone through hell and back over the past 60 or so days,” Cuomo said. “What New Yorkers have done has been to save lives, but we have to stay vigilant.”

Testing, tracing, and isolating individuals exposed to COVID-19 are important factors in gradually reopening the state, he said.