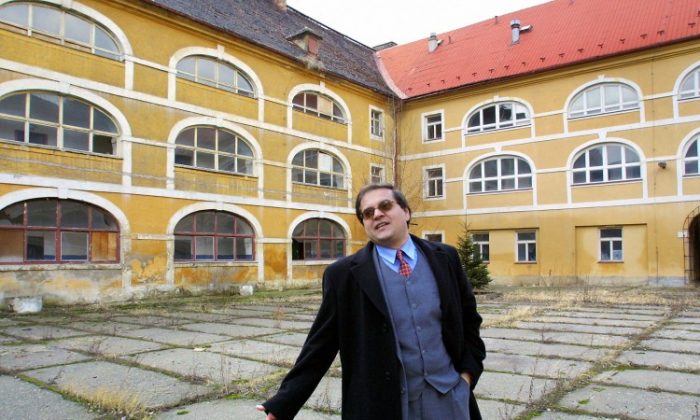 Culture from the Terezin Ghetto

NEW YORK—An exhibition honoring the people who passed through Terezín, a Nazi transition camp in what is now Czech Republic, was unveiled on Monday in Uptown Manhattan.

The multidisciplinary series presented by 92Y is called Will to Create, Will to Live: The Culture of Terezin and will be open until Feb. 16. It celebrates the remarkable culture left behind by Jews from 1941 to 1945 before being sent to death camps.

More than 200 programs will be featured over five weeks, including four concerts, an art exhibition, panel discussions, and documentary films.

There were 144,000 Jews sent to Terezin, only 23,000—fewer than one in five—survived. The camp was frequently used for Nazi propaganda and to create the illusion of normalcy for Red Cross visitors.

“The creativity and resourcefulness of those who passed through Terezin is astonishing,” said Hanna Arie-Gaifman in a statement. Arie-Gaifman is the director of 92Y’s Tisch Center for the Arts and a Czech-born, Israeli-raised scholar of comparative literature and music who has been the driving force behind the series.

“Despite inhumane conditions and constant deportations to Auschwitz, the internees of Terezin created a flourishing cultural life that would have been exceptional in a real town, never mind a Nazi ghetto,” she said.

Highlights of the exhibition include a four-concert series with the Nash Ensemble of London, baritone Wolfgang Holzmair and pianists Shai Wosner and Russell Ryan performing music composed and performed in Terezin. The Culture of Terezin, an exhibition of art posters and historical artifacts curated by Charlotta Kotik will be unveiled on Jan. 13. The Story of Terezin, a panel discussion with Terezin survivors is scheduled for Jan. 18.