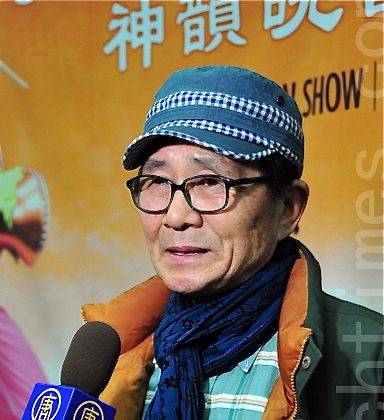 DAEGU, South Korea—Daegu is known as an Oriental cultural city in South Korea. Shen Yun Performing Arts’ sixth visit to the city has made quite a splash. Mr. Wu Shigui, director of the Busan Cultural Artistic Planning Troupe, was among the celebrities who attended the Shen Yun Performing Arts New York Company’s premiere of its 2012 Korea tour at the Daegu Suseong Artipia on Feb. 24. After seeing the performance, he said the only word to describe the show was “Fantastic!”

Traveling all the way from Busan to Daegu, Mr. Wu Shigui said that because he didn’t have the opportunity of appreciating traditional Chinese culture in his daily life, he exclusively came from Busan to watch Shen Yun.

Mr. Wu Shigui enjoyed the many aspects of Shen Yun. “From the fantastic stage and the backdrops, to the powerful dance movements and the gorgeous costumes, everything was very harmonious. It is beyond any words to express my deeply-touched feelings.

“In particular, the great unison of the dance movements performed on the stage as well as the animated backdrops were really fantastic,” he said.

Korean Dr. Lee Sang Heng experienced a marvelous trip to a heavenly world on the evening of Feb. 24 at Daegu Suseong Artipia, where Shen Yun presented its first of an 11-performance series in Korea. Drawn to the performance by Shen Yun’s popularity, Dr. Lee praised Shen Yun for bringing out the best in the audience.

Dr. Lee traveled from Gyeongju, 55 km east of Daegu, to watch Shen Yun on a friend’s recommendation. “Shen Yun was introduced to me as a very excellent performance. After watching it today, I am convinced that it deserves its reputation.” He admired Shen Yun for presenting to him a world beyond all expectations, “feeling as if I were transported to a heavenly world.”

Awestruck by the magnificence of divine presence and the solemnity of the heavenly world presented by Shen Yun, Dr. Lee said, “By watching the performance, I realize, how incompetent and tiny humans are in the presence of divinity. Therefore, I think humans must live a life of kindness.”