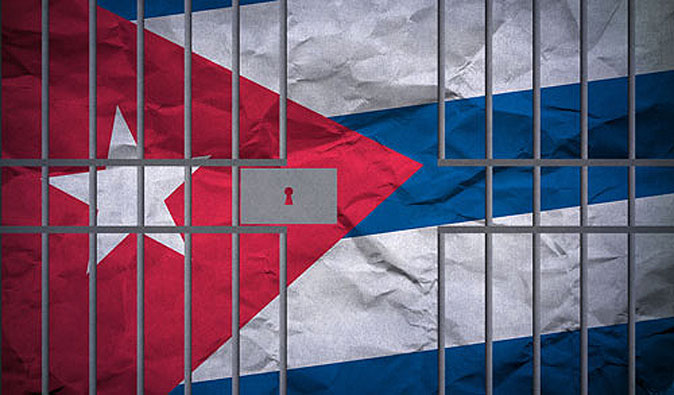 Cuban People Will Pay the Price for Obama’s Careless Concessions

The Cuban regime’s decision to release American hostage Alan Gross to celebrate Hanukkah with his family is long overdue, welcome news. Gross is free today; 11 million Cubans are not. President Obama’s decision to move toward normalizing diplomatic relations with the Castro regime resuscitates a gasping dictatorship without even asking for anything in return.

The Cuban Liberty and Democratic Solidarity (LIBERTAD) Act of 1996, signed by President Clinton after the downing of American rescue planes over international waters, codified the economic embargo on the totalitarian dictatorship of Fidel and Raúl Castro. (Incidentally, Gerardo Hernández, one of the Cuban spies to which Obama referred in his speech today, was found guilty of murder in US federal court for his complicity in the 1996 shoot-down.)

The LIBERTAD Act stipulates that the restoration of normal commercial ties should be used as leverage with a post-Castro transition to ensure that economic and political reforms will be deep, broad, and irreversible. The US law did not speak to the issue of diplomatic relations, which Congress recognized as wholly within the president’s authority. However, again, conferring such political recognition on the Castro regime gives it legitimacy for doing absolutely nothing but releasing a wrongly imprisoned American hostage.

In recent years, President Obama has found himself cornered by virtually every government in the region insisting that Cuba attend the Summit of the Americas scheduled for Panama in April. Although US diplomats have protested weakly that Cuba’s dictatorship has no place at the table, they have done nothing to challenge regional governments to defend democracy and human rights in Cuba. As a result of this listless diplomacy, Obama had to choose between sitting down as an equal with the dictator Raúl Castro or boycotting the summit.

In his dramatic statement on Wednesday afternoon, President Obama referred to the “Inter-American Charter.” There is no such thing. The 2001 document signed by every regional government (except Cuba) — recognizing the “right to democracy” and obligating governments to “promote and defend it” — is called the “Inter-American Democratic Charter.” Let’s hope that was an innocent mistake.

There is a strong bipartisan consensus in Congress that normal economic relations with Cuba should be reserved for a regime that is making demonstrated moves toward democracy. Even outgoing Senate Majority Leader Harry Reid (D-NV) and Democratic National Committee chair Rep. Debbie Wasserman Shultz (D-FL) have stood by the embargo for years. The idea that a lame duck president can force a Republican-controlled Congress to change its position based on a token gesture by the Castro regime is wishful thinking.

On the diplomatic front, the president has to put in some work to make good on his lofty rhetoric. Beginning now, before the April summit, the United States and others should challenge every regional government to take steps that will genuinely help the Cuban people — and put the Castro regime on the spot to demonstrate that it is open to change.

At the very least, regional governments should insist that the Cuban regime:

President Obama’s bold concessions to the Castro dictatorship were entirely predictable. He must be pressed strongly by Congress and the American people to follow up with vigorous diplomacy so that the Cuban people do not pay the price for his careless decision to appease an implacable foe in Havana.

Roger F. Noriega was US ambassador to the Organization of American States and assistant secretary of State for Western Hemisphere affairs in the administration of President George W. Bush from 2001 to 2005. He is a visiting fellow at the American Enterprise Institute. His firm, Vision Americas LLC, represents US and foreign clients. This article was originally published in the American Enterprise Institute.