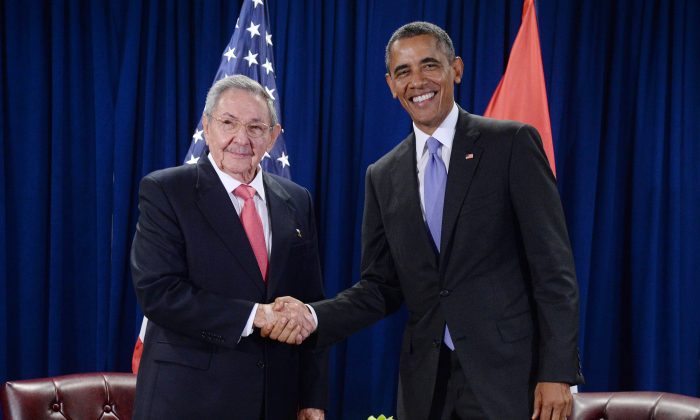 Communist Cuban dictator Raul Castro provided former President Obama with more than $2 000 worth of cigars and a bottle of rum in 2015 along with a wooden bust of Abraham Lincoln.

According to The New York Post, citing federal documents posted online on Wednesday, foreign leaders gave Obama $100,000 in gifts during his final year in office.

U.S. government officials are allowed to accept presents from foreign leaders and governments if their refusal them would cause embarrassment, AP noted. Usually, officials have to give them to the National Archives if the goods are valuable.

Obama received countless items during his two presidential terms from foreign governments and leaders, reportedly worth more than $1.5 million in all, according to the Post.

There were no gifts given to Obama by Russia.

An unnamed official who is from the Obama administration’s Office of the Director of National Intelligence got a bottle of $4,000 Remy Martin cognac in 2016. The liquor was marked as “retained for official use,” AP reported.