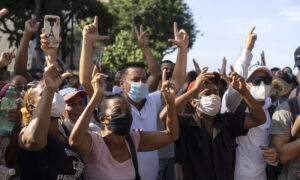 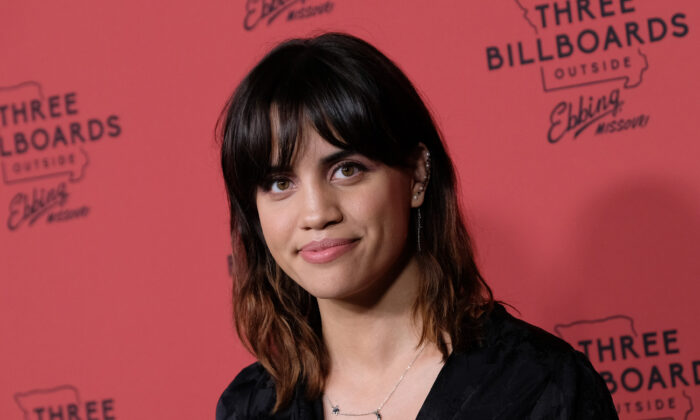 While most Hollywood celebrities remained silent about recent large-scale protests in Cuba, some Cuban-American locals in the entertainment industry spoke up in support of the Cuban people and urged others to do the same.

Morales’s grandfather was a political prisoner in Cuba, and she’s the daughter of Cuban refugees.

At least one person has died in the demonstrations that erupted July 11, according to Cuban authorities. Thousands of people packed the streets, shouting “liberty” and denouncing food and medicine shortages, power cuts, and other abuses by the communist regime.

Such protests are rare in the repressive island nation. It follows a few smaller gatherings of activists in recent months who criticized the detention of artists and demanded freedom of expression.

In February, an activist group submitted a legal request for the resignation of Alpidio Alonso, the country’s minister of culture. Video showed Alonso engaging in a physical altercation with protesters in front of the Ministry of Culture in late January.

In an online post, Morales criticized individuals who blamed the human rights situation in Cuba on the United States’ embargo against the country.

“The Cuban government has always blamed the embargo for all their problems. The embargo does not include food or medicine and they free trade with nearly every other country on earth. Down with the dictatorship, once and for all,” she said.

Comedian and producer Matt Acevedo also voiced his support on Twitter for liberty and human rights for the Cuban people.

“What’s happening in Cuba has been a long time coming. The world is watching. It’s time to end years of tyranny and bring freedom to our brave Cuban brothers and sisters,” he said.

Actor Leo Oliva posted a note on Instagram, saying he was born in Miami, Florida, but his roots are in Cuba.

“I don’t know what it’s like to live in poverty under a communist government, but I can only imagine based on the stories my family has told me,” he said.

“This is inhumane and all we can do from here is pray that Cuba finally gets the freedom she deserves and support all those innocent Cubans just trying to live,” he added.

“I pray for the people of Cuba and I stand with you.”

Miami-based actor and writer Carmen Pelaez also spoke out against Cuban authorities for shutting off access to the Internet and using force against the protestors.

“Humanitarian and moral support is desperately needed,” she posted on Twitter. “Listen to what the Cuban [people] are demanding. Freedom.

“Accountability has finally reached the doorstop of the Cuban Regime.”