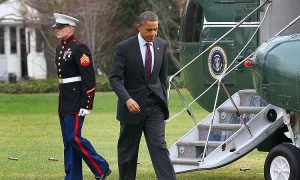 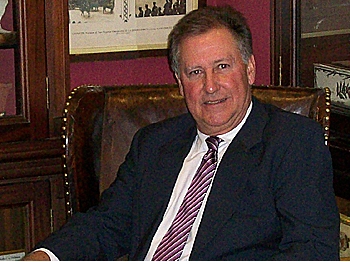 Linda Li
biggersmaller
Print
Recently President Obama loosened some restrictions on trade and travel with the communist island nation of Cuba. Notably, family members can travel to Cuba to visit relatives as often as they like, and may send as much money as they like. Before, there were strict limits on visits and cash remittances.

Since Cuba’s elected government was overthrown by Fidel Castro’s guerrillas in 1959, Castro, and lately his brother Raul, have ruled the island nation as a personal fiefdom, jailing political and religious reformers, journalists, poets, and artists who called for greater freedom.

Most of the population is exceedingly poor. Some people blame the decades-long U.S. embargo of Cuba for Cuba’s poverty (although the United States does send food aid, and many other nations trade freely with Cuba). Others believe the poverty is the result of Castro’s economic policies, including not allowing Cuban people to own private businesses.

Miami, Florida, is home to a large community of Cuban exiles; people who fled the island during and immediately after Castro’s coup, or who escaped via boat or raft. Some have spent many years in Castro’s prisons for advocating democracy and capitalism.

Many of these exiles have formed formal organizations to lobby Congress on behalf of the Cuban people. These Cuban liberty groups try to let the world know that ten million Cubans live in virtual slavery just ninety miles off the coast of Florida.

How do these Cuban exiles, who have ties and information sources inside Cuba, feel about the president’s new policies?

Mr. Alcazar is an Electrical Engineer with an MBA in International Business, who spent close to 30 years in the field of International Telecommunications. Now he manages Operations and Control for a Miami Lakes company.

Mr. Alcazar also sits on the Executive Committee of the Board of Directors of the Cuban Liberty Council. He meets regularly with other prominent members of the Cuban exile community to plan ways to help the Cuban people.

His remarks here are exclusively his own opinions, and in no way reflect the position of the Cuban Liberty Council. However, Mr. Alcazar stated that he believes his remarks reflect the personal views of most of the directors and members.

Regarding the lifting of the United States’ 47-year-long ban on travel to Cuba, Mr. Alcazar was vehement in insisting it would not actually help the Cuban people.

“While Fidel Castro and his brother Raul hold absolute power in Cuba nothing will change, at least while Fidel is alive,” Mr. Alcazar explained. “They are both despots and are only interested in holding on to power through repression.

“Cuba is a completely closed society, so that individuals cannot operate in any spaces outside of the government, including the fact that they are strictly prohibited from doing any sort of business among themselves or with foreigners.”

Mr. Alcazar noted that the lifting of travel restriction had humanitarian benefits, but otherwise, would make no difference in the lives and futures of most Cubans: “Since the visits are now unlimited, along with remittances, they will pour a billion or two more dollars into the government coffers. 20% of these funds sent are confiscated by the Castro government on arrival and the rest is spent within days, at exorbitant prices at dollar stores which are the monopoly of the state. So, all of the money goes to Fidel and Raul within days of arrival.

“To make matters worse, these remittances will only reach 10 percent—15 percent of the Cuban population and practically none of Cuba's black population, thus planting the seeds of a minority parasite group and a majority destitute group. This does not bode well for Cuba's post-Castro future.”

When asked if the new policy would hasten the growth of democracy in Cuba, Mr. Alcazar replied, “Not at all.
Only Fidel's passing will accomplish that, as I do not believe that Raul alone will be able to hold power for very long. If we hold the line a year or two more, we may see the light at the end of the tunnel.”

Frank Calzon, Executive Director of the Center for a Free Cuba, published a comment that American tourism did not end totalitarianism in either Chile or South Africa. Mr. Alcazar agreed with Calzon: “Cuba gets around 2 million tourists a year from every country in the world and it has had no effect on life for the Cuban people, or on the repression they are subjected to. Besides, most of Cuba's tourist resorts are in remote areas and Cubans are not allowed into them, so contacts are minimal.”

Mr. Alcazar also pointed out that Cuban exiles who opposed the regime would not be allowed into Cuba, and if they were, they would have no protection.

“If you were a real opponent of the system you will likely not get a visa from the Cuban government. Besides all exiles traveling to Cuba must do so with a Cuban passport, so there is no U.S. legal protection. Most of those who have been traveling to Cuba during the past 10 years are the fairly recent arrivals (post-Mariel) who are not likely ‘political.’ They were raised under the system and have come to accept it as it is.”

Alcazar is a proponent of the 47-year-long U.S. embargo on trade with Cuba. He explained that the United States stands to gain nothing from lifting the embargo; only the Cuban regime would gain.

“Cuba has nothing to buy from the U.S., except the food it is already getting from American growers,” he said. “Until Cuba opens up its political system, its economy, and guarantees civil rights and free elections to its people, nothing will really change.

“Opening up American tourism to Cuba, or extending it credits it will not be able to pay back, will only help the regime to maintain its repressive apparatus. If American investment is allowed into Cuba while the regime is in power, it will only consolidate them for decades to come, as foreigners can only invest through joint ventures with the regime's state corporations and no ordinary Cubans are permitted to participate.

“Lifting the embargo before political changes set in will only ensure that the Communist system will last for many decades to come.”